Back in October 2016, the late Dianne Bevelander (Professor at Rotterdam School of Management and Executive Director of the Erasmus Centre for Women and Organisations) wrote a piece in this magazine with colleague Michael Page on why gender equity is something that business schools struggle to address. Half a decade later, many would argue that the pace of progress remains as glacial as Dianne and Michael alluded to in their article. However, there are signs of a thaw.

One of Prof. Bevelander’s legacies is the EQUAL4EUROPE project, an H2020-funded 4-year project which she largely conceptualised and which Esade Business School is coordinating. The project brings together several European business schools – Esade, ESMT, INSEAD, RSM-EUR and IEDC-Bled School of Management along with Comenius University – with the task of developing and implementing gender equality plans that accelerate the process of removing barriers to the recruitment, retention, and career progression of female researchers, address gender imbalances in decision-making processes and integrate the gender dimension in research and educational/innovation content. The schools are supported in this by EFMD and NEHEM Consultants as key knowledge transfer and communication partners.

Through their research and education programmes, business schools play a significant role in informing the business practices and worldview of tomorrow’s leaders and influencers. They have the opportunity – and responsibility – to make a difference. But through its diagnostic phase of work, the EQUAL4EUROPE consortium has found that there is considerably more that our schools could be doing, which is why the six academic partners in the project are currently working on agreeing on a series of objectives and measures to improve gender inequality and address the predominantly masculine business paradigm.

It is well known that the number of women decreases in the universities and research centres as you rise in the hierarchy. It’s like a leaky pipeline: from women making up 47% of PhD students, the figure drops to 33% of researchers/assistant professors and just 20% full-time professors. And if we talk about management or decision-making bodies, only one in five European institutions in this field is led by a woman.

In the comparative study done by EQUAL4EUROPE, the findings among our schools showed trends that are consistent with the European statistics. All schools are experiencing horizontal segregation. More women than men have been employed as administrative staff; but in most schools, women are underrepresented among faculty staff and high management positions over the past three years.

Most schools also experience vertical segregation. Women were mostly underrepresented in faculty bodies and accounted for extremely low shares in some schools. An analysis of the representation of women faculty at the different stages of the academic ladder showed a loss of talent from assistant to full professorship. In most schools, the gaps between the numbers of women and men at the top of the ladder are very wide.

However, a significant finding of the EQUAL4EUROPE analysis is that the origin of this vertical segregation lies in the applications for positions. When a university posts a job vacancy, applicants are approximately 25% female candidates, well below what we could expect if we have a 47% pool of female PhDs, meaning there is clearly a loss of female talent. One of the reasons could be the lack of reference points, as the stereotypical researcher is male. Another hypothesis about the lack of women candidates is that an academic career requires a lot of dedication and investment in time in order to check the boxes of a merit-based evaluation, which is still often seen as incompatible for women who want to have children. In the current meritocracy, processes for evaluating publications, citations, and conference attendance have clear gender biases. One possible solution being considered by the EQUAL4EUROPE partners is to recommend alternatives such as establishing a minimum merits level that candidates should have and using this as a basis to assess the quality of the articles and the journals where candidates have published.

Decision-making is one area in which inequality between different genders is particularly salient. The European average provided by the recent Gender Equality Index for the domain of power (where a score of 100 means equality) has the lowest score among all domains analysed in the index – just 53.5. In the Financial Times ranking of the share of women on boards of business schools, only three of the top ten European business schools have reached gender equality, four more have medium inequality with a women’s share of 35-42.5%, and three have a gap of more than 30%. This was borne out by EQUAL4EUROPE’s analysis within the partners’ schools; decision-making was one of the areas in which all consortium schools were very far from reaching gender equality. It was also the area with the highest gender gap, with a common underrepresentation of women leadership in strategic management committees and even a share of zero in several areas at different schools.

The European Commission starts from the basis that, to transform society, we must transform educational institutions so that the roles we have embedded are not perpetuated in the classroom. Women have not been absent from the production of science, but they have been made invisible both as contributors to science and as the beneficiaries of scientific discoveries. Even if integrating the sex/gender dimension in research is a clear objective in the EU, our schools have not developed any policies to improve current trends.

The ratio of female to male total entrepreneurial activity (TEA) among European and Central Asian countries is 0.6 (for every 10 male there are 6 female entrepreneurs)

According to the most recent statistics at the European level, the integration of the gender dimension is marginal. Between 2013 and 2017, an average of 1.8% of all publications integrated the sex/gender dimension in their content, with a range between 0.54% in Romania and 4.5% in Iceland. The results of the EQUAL4EUROPE diagnosis show that, at least in six of the top research institutions focusing on management, business, law, and arts, there is little awareness on this issue: gender is not considered and its relevance is not understood. None of the schools have policies to track or help researchers address the role of gender in research, and only three were able to obtain data on the number of publications by gender. All schools where data was collected showed a minimal integration of the sex/gender dimension in research publications.

In addition, there is very little presence of the gender perspective in teaching. It is not included in the training sessions of students and teachers, and it does not appear in research. There is a lack of awareness and specific measures to promote the gender perspective in a transversal manner. In addition, none of the schools had previously analysed the presence of women in the curriculum, and there are no policies or guidelines to compensate for the tendency to reproduce what has been done everywhere else (i.e., to avoid almost exclusively including the theories and the work conducted by men).

Integrating the sex/gender dimension into the production and transfer of knowledge is a most welcome challenge. According to the report Global Entrepreneurship Monitor 2018/19, the ratio of female to male total entrepreneurial activity (TEA) among European and Central Asian countries is 0.6 (for every 10 male there are 6 female entrepreneurs). Whilst countries like Spain and France score higher, the TEA male-female ratio among high-countries is significantly lower than that of middle and low-income countries. In order to reflect the changes we are seeing particularly in the entrepreneurial ecosystems, we are still missing opportunities to gain a greater balance of female/male representation in case studies and to use other teaching materials in our programmes.

The news is not all bad. Most schools have introduced policies on some areas of inclusion and equality. All schools have legislative frameworks that mandate equal treatment, equal pay, access to maternity and paternity leaves, and prohibition of discrimination. Accordingly, the most widespread policies were: equal pay for PhD students, parental leaves, family care assistance and childcare cost contributions, access to a health plan, part-time and flexible working hours regulation, objective promotion criteria for researchers and the introduction of a code of conduct, and an office for investigating complaints.

The studies undertaken by EQUAL4EUROPE so far have enabled the schools to identify areas of intervention that can be prioritised to improve the measures for gender equality in our institutions, and also serve as examples for other schools looking to undertake similar initiatives. We have organised these areas around three common goals: 1) integrating gender equality through leadership; 2) reaching gender parity in the institution; and 3) integrating the sex/gender dimension in the production and transfer of knowledge.

The most important factor, however, is visibility. In general, our work has shown that gender equality policies are not visible, with few measures implemented to support and enforce them, and the absence of systematic monitoring does not allow for progress to be evaluated. In short, policy does not sufficiently translate into practice. In the remaining two years of work left for EQUAL4EUROPE, the partners hope to change that through the implementation, monitoring, and evaluation of the gender equality plans in each of our schools, alongside establishing a network of Gender Equality Officers and working with our partner, EFMD, to find ways to include relevant standards and indicators in its international accreditation frameworks for business schools. Our aim is to ensure the sustainability and transferability of our work so that other business schools can tread an easier path in the future. 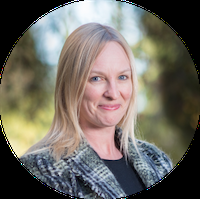