The economic crisis has prompted many to call for a greater emphasis on studying the history of business and management. Morgen Witzel looks at the lessons that could be learned and why they are so important.

We are often told that management, as both a set of practices and a body of theory, has only emerged within the last 100 years or so. The first books on operations management were published in the 1890s; the first texts on marketing and “labour management” (as HRM used to be called) appeared in the following decade. Business strategy did not emerge until the 1960s and it was not until the 1980s that anyone began writing or talking about knowledge management. Because of this and because the pace of change in the world today is such that management theories and practices are having to be constantly re-invented, it might be assumed that there is not much point in studying the history of management. But that assumption would be wrong. In fact, although the first coherent bodies of management theory are indeed only about a century old, many of the management practices we use today go back thousands of years. And although the pace of change is certainly very rapid, some things in management – the need to motivate employees, the need to create value for customers, the need to manage risk – have not changed at all.

“Although the first coherent bodies of management theory are indeed only about a century old, many of the management practices we use today go back thousands of years.”

The first modern business school, set up for the purpose of teaching managers to do their jobs efficiently and effectively, was established by the East India Company in 1805, 104 years before the founding of Harvard Business School.

When we look at any of the great monuments of the past – the Egyptian pyramids, the Great Wall of China, the Roman network of roads and towns, the cathedrals of the Middle Ages – we at once find evidence of managers, people whose role was to motivate and guide the efforts of others so as to get things done.

Nor were their managerial methods entirely ad hoc. There are plenty of texts on management in many fields – business, civil administration, the military – ranging from ancient Rome to the Middle Ages.

In the early 15th century the Italian theologian Bernardino of Siena set out his own views on managerial competencies. Good managers, he said, had to be efficient; they had to be hard working; they should be willing to assume responsibility, and they should not be afraid to take risks. Five hundred years on, his words are still true.

Fads and fancies in organisations come and go but the basic principles of what an organisation is and what it should do were understood by St Benedict of Nursia in the 6th century when he wrote the rule of the Benedictine Order of monks.

As well as describing the monks’ religious duties, the rule also laid down procedures for reporting and control, stated the overall purpose of the organisation, defined its function and mission, and defined the role of each member of the organisation in helping to achieve its purpose. Similar rules were adopted by other religious orders, hospitals, universities, governments, guilds and businesses, and the same basic model is still in use today.

One of the fundamental concepts of marketing – that it is the consumer, not the producer who defines value – was set out by the theologian St Thomas Aquinas in the 13th century. Branding, as we have seen, was invented even earlier. Proto-marketers also knew how to use psychological cues to evoke a response in potential consumers long before the first theories of marketing – or, for that matter, of psychology – were set out.

The importance of information and knowledge was understood by the Italian merchant Francesco Datini in the late 14th century. Datini estimated he spent half his working life corresponding with other people and gathering knowledge of markets and trading conditions. He carefully archived his letters so that he could go back to them if needed (the 130,000 letters he accumulated during his lifetime represent one of the great business archives of all time).

And hundreds of years before the first books and articles on strategy appeared we can find managers in companies large and small assessing strategic options, scanning the environment and making and implementing strategic plans. Generic strategies such as product and market diversification were known, and used, for centuries before the age of Igor Ansoff and Michael Porter.

The early academic writers on management closer to our own time knew this. Paul Cherington, the first professor of marketing at Harvard Business School, commented that the purpose of his research was to document and record best practice so that it could be taught to others; he made no claim to having invented marketing.

Lyndall Urwick, regarded by some as the founder of management consultancy in Britain, wrote in 1933 that the origins of modern marketing could be traced back at least to the 17th century and probably further.

What does this mean for the modern manager?

There are at least three reasons why knowledge of management in the past is vitally important and has the potential to help managers today and tomorrow to do their jobs more effectively.

First, an understanding of how management was done in the past can help to prevent managers – and consultants and theorists – from reinventing the wheel. This is something to which modern management is very much prone. In their recent book on management innovations, Giant Steps in Management, Michael Mol and Julian Birkinshaw comment that “rather like the propensity of Hollywood directors for remaking classic movies in contemporary settings, management thinkers are very good at reconceptualizing old ideas, giving them a new twist and packaging them for an audience that wasn’t exposed to the original idea”.

For example, business process re-engineering (BPR), one of the great management fads of the 1990s, was in effect little more than Taylorism (the theory of scientific management developed by Frederick Taylor in the late 19th century) repackaged – “scientific management for the information age” in the words of one critic.

And thanks to their lack of experience and knowledge, the re-inventors often end up building square wheels or ones that will not fit on the axle.

In the late 1990s, many Internet retailers, operating in what they saw as a totally new business environment, discarded the rule books on marketing, convinced that none of the old logic applied. Many, like the now-infamous clothing retailer Boo.com, found out too late that this was not so.

They had wonderful websites that attracted customers but they were unable to fulfil orders. The result was widespread customer dissatisfaction. Had they taken the precaution of looking at a very similar business model developed 100 years earlier by catalogue retailers such as Montgomery Ward and Sears they would have seen the importance of fulfilment and understood the vital role played by distribution.

Second, studying how management methods and practices have changed (or remain unchanged) helps us to understand the role of change in management. Of central importance is the realisation that every new management method or technique evolves in response to a set of drivers.

Some of these come from within organisations: the need for greater efficiency, the need to retain the best employees, the need to use knowledge more effectively and become more innovative, and so on. Others come from external pressures: customer demand, macro-economic forces, changing social priorities, the emergence of new technologies and the like.

History teaches us that each set of circumstances generates a managerial response. The very high levels of risk run by businesses in the Middle Ages led to a series of strategic and organisational responses. Many businesses used limited-life partnerships to draw in key strategic partners for short periods of time, remaining flexible so that they could move swiftly to adapt to changing circumstances. They also diversified, across both product ranges and geographies, in order to lay off risks.

In the 18th century at the start of the Industrial Revolution firms developed pyramidal hierarchies of management in order to meet the challenges of controlling large centralised organisations. Conversely, in the 19th century, the entrepreneur Julius Reuter invented a kind of prototype of the virtual organisation when setting up his international news wire service.

When we look beyond the techniques and practices of the managers themselves to the drivers that created those practices, we can gain valuable insights into our own time. What drivers exist today and what managerial responses are being created? How do we as managers respond to pressures by innovating and developing new practices? What determines whether these practices are the right ones and will work?

That leads in turn to the third reason why management history matters. Many of us assume that the management methods we use today are the best available. They have been studied, tested, analysed by the best academic brains and taught at the best business schools. Therefore, they must represent what the scientific management pioneer Frank Gilbreth once called the “One Best Way” of managing.

But history teaches us that what is right for one place and time, for one company in one set of circumstances will not always work for others. Management methods do need to change with the times. Those that try to manage using the methods and business models of the past are like generals who prepare to fight the next war using the methods that won the last one.

History teaches us to challenge the present. Why did the business models and management methods we use today evolve as they did? Why is the prevailing orthodoxy what it is? What other competing models and methods emerged and why were they discarded? Are we really managing in the best possible way that we can?

It is far too much to claim that the current financial crisis might have been avoided if managers had studied more history (although by encouraging bankers and others to challenge the prevailing orthodoxy it might have helped prevent some mistakes or mitigated their effects).

History does not have all the answers. But it does have some of them and in uncertain times anything that can help businesses to survive and prosper should be welcomed.

Writing during the Great Depression, the economist John Maynard Keynes wrote that “we must study the present in light of the past for the purposes of the future”. Those words have never been more true. 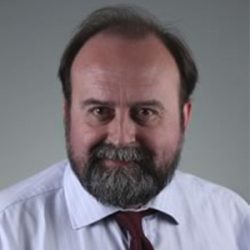 Morgen Witzel
Morgen Witzel is honorary senior fellow at the University of Exeter Business School in the UK and a senior consultant with the Winthrop Group of business historians. His book Management History: Text and Cases was published in November 2009 by Routledge.

Continuous Improvement: the Journey to Excellence 🌟

How can we shift the focus from grades to the actual #learningprocess in #bized 🤔?

👉Join @RobAlvarezB and find out how #gamification 🕹️ can help you change learning behaviours and create a safe environment for exploration, curiosity & creativity.
https://bit.ly/3qiv8MS