Whether (or wither) academic journal guides?

Angus Laing considers the place, the limits and the future development of academic journal guides.

Like league tables, academic journal guides have become a ubiquitous feature of the business school landscape. The Chartered ABS Academic Journal Guide, the FT50, the ABDC, the UT Dallas together with national and institutional guides litter that landscape. As with league-tables opinion on journal guides is divided, ranging from, “they are inevitable given the breadth of the field” through, “they assist early career academics and others unfamiliar with the field” to, “they distort behaviour and damage research”. All are to varying degrees correct but equally, all are to varying degrees wrong. Nuance is required in considering the place and future development of such guides.

This lack of nuance and the retreat to fortified soundbite positions all too often limits the real debates we should be having over the nature and role of guides, specifically around the robustness and transparency of the methodology as well as how they contribute to enhancing research in a changing research environment. The growing emphasis on practical impact, the increasing prominence of DORA (the San Francisco Declaration on Research Access), the move to open access publishing, among multiple other developments, necessitate that nuanced debate about journal guides. Critically they demand that we ask searching questions about the future shape of guides and how we improve them in order to serve the community better.

In promoting that nuanced debate at the EFMD Deans Conference a panel comprising Arnoud De Meyer (former President of SMU), Ansgar Richter (Dean of RSM), Katy Mason (Chair of the British Academy of Management), Angus Laing (former Dean of LUMS) and chaired by Barbara Sporn (Vienna University of Economics and Business) was convened to explore some of these issues. Given the diversity of backgrounds and roles of the panel, while the panellists had distinctive positions on guides, there were a number of common themes that emerged from the discussion and which provide a basis for moving the debate on guides forward.

While the multiplicity of guides, with differing methodologies and degrees of transparency, was recognised with many schools using multiple lists, there was an acknowledgement that fundamentally all the guides only recognise and hence promote one type of output, namely academic journal publications. In the context of policymakers and research funders globally demanding evidence of the impact of academic research on society, the need to broaden the portfolio of research outputs beyond journal publications was a recurring theme, with the British Academy of Management, for example, vigorously promoting diversity in what is understood to be constitutive high-quality research output in the business and management domain. It was also stressed that the business and management field is distinctive in emphasising, to the point of fetishising, journal publications over other outputs. Other fast-moving and applied fields such as engineering and computing have a far broader approach to defining quality research outputs.

Across the majority of guides, this narrow focus on academic journals was compounded by a focus on English language journals published in the US or Britain. There has been a recurring concern over recent years about the de facto preferencing of American journals over European journals, including British, in the majority of such guides. In part, this has been seen as reflecting the different research traditions in Europe and the US with a perceived inbuilt bias in the methodology of guides, which rates journals anchored in the positivistic American tradition more highly than those emanating from the more interpretivist European management research tradition. Such regional tensions were viewed as likely to be magnified by the rapid emergence of journals, including many in English, being published in Asia in response to the dramatic growth of business schools across China and other Asian countries. This development begs the question as to whether existing guides will be able to evolve to encompass, and treat fairly, such new journals or whether this will trigger the development of new guides serving this market as part of the emergence of a new tradition of Asian management research.

The future of journal guides rests not only on their relevance but on their continuing use by business school academics and leaders. There was a widespread appreciation that guides, and one should stress the emphasis on the use of multiple guides, played an important role in supporting the development of business schools.

Ultimately, guides are a means to achieving ends. If they are to serve those evolving ends, they themselves need to evolve both to demonstrate their validity and to reflect the changing environment within which business schools operate. In this, they are again like league tables, an integral part of the business school landscape.

Progressing the development of guides

In this, ownership matters, governance matters. Among the dominant guides, we have those which are community-owned (the Chartered ABS Academic Journal Guide and the ABDC list), owned by a single university (the UT Dallas) and by a private company (the FT50). Given their ubiquity and impact, there is an overwhelming case that guides should be viewed as part of the social commons of the business school community, and be community-owned. As with land reform, community ownership offers the opportunity for the voice of the community to be heard, unfettered by private or sectional interests. In itself, however, community ownership is insufficient in ensuring that voice, however incoherently expressed, is heard. To be effective the governance arrangements should be transparent and representative of the community. While guides such as the ABDC and in particular the Chartered ABS Academic Journal Guide have made significant strides on this front, there remains much to be done in ensuring the full diversity of the community is reflected in the composition of editorial teams, scientific committees and management boards.

As an example of responding to community demands, the management board and the editorial team of the Chartered ABS Academic Journal Guide have committed to radically extending the Guide over the next two publication cycles (2024 and 2027), extending the range of information available on journals in terms of a range of key metrics. It is anticipated that this, subject to the availability of data, will likely include:

It is about providing qualitative information alongside the established quantitative ratings to assist academics in deciding where to publish. Given the truism that “what is measured matters”, a parallel objective is to nudge editorial boards and publishers to consider key aspects of how they operate. It is about encouraging responsibility on the part of the publishers.

Responsibility, however, also lies with the users of guides; from early career researchers learning about the field through to Deans using guides as part of reward and evaluation processes. The danger of guides lies partly in the methodology, hence the importance of transparency, but also in how they are used. It can be argued that where harm arises it is substantively from inappropriate usage of guides. Recognising the limits of guides, the strengths and weaknesses of the methodologies employed are critical to responsible usage. Yet drawing on data from the Chartered ABS Academic Journal Guide website it is clear that despite consistent and visible prompting, the vast majority of users overlook the methodology and head straight for the journal ratings. One is struck by the analogy of taking horses to water!

It should be clear to everyone in the business school community that journal guides are not going to miraculously disappear, they are an integral part of the landscape. We need to understand how to live with them and engage with them to enhance their quality and ensure they serve the community to support the ongoing improvement of business school research in what is a dynamic environment. 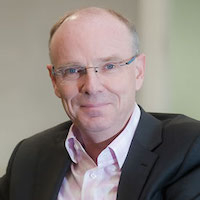 Latest posts by Angus Laing (see all)
Published on May 25, 2022 | business schools, research