Trust does not need sympathy

The well-known saying of trust and control should be reversed: Control is good, trust is better. Trust is well researched, we know how it is created and how it can be lost again, how it can be strengthened and how it has to be earned.

In the traditional world of work, there were guidelines, rules and regulations to a necessary extent as a basis for cooperation and, in addition, a leadership that actively intervened when the self-coordination did not work. Over time, processes and instruments were also established to replace a lack of trust with elaborate control systems.

Team cohesion and team trust were mentioned on many occasions, but when trust proved not to be robust enough, especially in difficult times, the control systems already mentioned were in place to help out.

This is completely different in the modern, agile world of work. The time of transactional management is over; the role of managers is changing from that of an authorising supervisor to that of a coach, who is enabling and supporting self-organisation. The legitimation of leadership no longer comes from disciplinary power but from exemplary influence on the development of the organisation.

On the one hand, this increases the demands made on guidelines, rules and regulations, because without traditional leadership, which was able to compensate for regulatory gaps through situational decisions, a tighter network of rules and a great deal of individual responsibility and discipline in their application are needed.

However, in order for this tightly woven network of rules not to paralyse or even suffocate an organisation, a new quality of trust between all members of the organisation is needed. Trust is transformed from ‘nice to have’ to ‘must have’.

There are many concepts and methods for increasing trust, especially in connection with training in team-building. Such exercises are mostly about opening up the group members for better cooperation and convincing them of the benefits of this for themselves and the organisation. At least in the short term, these types of training are often successful, but the ‘work trust’ built up through them often proves to be not very resilient.

What we have neglected so far is the question of the prerequisite for trust. For many people, it is absolutely clear that trust is not possible without sympathy. They can only trust someone they like. This is understandable, especially in the private sphere, but if we apply the same principle in the professional world, it is not good enough.

If in my team or in my company, I only trust those I like, groups automatically form: on the one hand those whom the manager likes, on the other hand, those whom he or she personally dislikes. An inner circle and an outer circle, so to speak, and often the inner circle even has special privileges or at least receives more attention and appreciation. Such a situation can arise, for example, when the supervisor takes over an existing team and therefore has not hired the members of that team. He or she will probably find some of them likeable, others not, and the foundation for the inner and outer circle is already laid.

The whole thing is further accentuated when new employees are being hired and the manager chooses the candidates he or she likes. One of the main problems is the difference in esteem. The decisive factor is the varying lengths of time that managers spend with individual employees. From birth, humans know intuitively that getting attention is the most important thing in the world. For babies, it is absolutely vital to get attention because they are not able to feed themselves alone and independently.

In this respect, superiors also tend to spend more time with the staff of the inner circle. This is noticed by the staff of the outer circle and it widens the gap between the two circles. Networks have no chance to develop in such an environment and approaches to self-organisation have a high risk of failure.

If one wants to avoid the ‘sympathy trap’, all those involved must learn that there is another prerequisite for trust which must take the place of sympathy, and that is knowing the other person very well. It is important to get to know all team members personally, not only through their work identity but through their whole personality, their values and motives, their talents and limitations.

The test of whether this has been successful would be simple: Let’s ask managers if they are able to spontaneously give a good presentation about the personal values and motives of their employees. If you know your employees really well, you also have a chance of becoming a real team and not just a group with an inner and outer circle.

If you know your employees really well, you also have a chance of becoming a real team and not just a group with an inner and outer circle.

In order to develop and establish such trust-based approaches, a corresponding image of humanity and other leadership concepts are needed. Both research and consultancy meet this challenge with the approaches of shared leadership (cf. 1 – 5). Consequently, large parts of leadership research have shifted their focus in recent years from the vertical manager-employee relationship to the horizontal collaboration level and have begun to develop new concepts for this. In this context, leadership is understood as a social exchange process in which all members of a team can become effective regardless of their hierarchical position.

By these different ‘identities’, they meant that all people have other identities in addition to their identity as an employee or manager, for example within their family, as a member of a sports club, a political party or another organisation. Approaches which consciously integrate these different identities in the relationship between supervisor and employee and help perceive the other as a facetted personality outside the job are called inclusionary strategies.

The opposite model, namely, limiting oneself exclusively to the job dimension of the human being, is the so-called exclusionary approach.

In their analyses, the researchers found that real added value can only be created through cooperation if all those involved behave in an inclusionary manner. This means that they do not just look at the other team members from the perspective of the working relationship but are also interested in facets of the personality that lie outside the work routine.

Of course, this is not meant to promote a voyeuristic intrusion into the privacy of colleagues, but as an honest interest in personality. At the HWZ we have found a good and very motivating concept to facilitate this in-depth acquaintance in the approach “Beyond Leadership” (cf. 7), in which resilient connections between the participants develop quasi automatically in a consistently appreciative manner.

This results in two requirements for those responsible for developing sustainable, agile organisations.

On the one hand, they must create an environment that is conducive to cooperation and create a resilient level of trust through authentic, exemplary action. On the other hand – and at the moment there is still a great deficit here – they must overcome the link between trust and sympathy and create the conditions for people to take an interest in each other as people and not just in their professional functions. 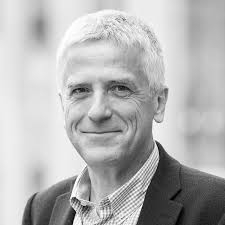 Retweet on TwitterEFMD News Retweeted
May 21

Came to the end of a wonderful trip to Belgium - @EFMDNews #DoctoralProgrammes conf with great colleagues invested in doctoral education, followed by PhD defence, all scattered with good chats with old friend. Also managed to turn a childcare crisis into education opportunity.

What will CLOs focus on this year? 37% surveyed plan between one and five executive learning programmes with external providers during 2022. Learn more in the latest survey from the @FinancialTimes. #executiveeducation

Leadership is the top learning priority for executives https://on.ft.com/3LyboOk