This is what we mean by a double whammy!

The impact of Brexit and the pandemic on UK business schools and economists, by James Walker, Chris Brewster, Rita Fontinha, Washika Haak-Shaheem, and Fabio Lamperti.

Brexit and the Covid-19 pandemic, in combination, have meant that there is now a high risk of the UK higher academic system losing key players. Virtual conferencing is not popular, some fields have had their access to resources limited much more than others, and many scholars consider that their opportunities for international collaboration have been reduced.

Policymakers need to respond to these threats.

While both, almost simultaneous, body blows had immediate impacts on those working in the sector, it is fair to say that in neither case were UK academics prepared for how protracted or how influential the shocks would be. Indeed, it is only now becoming possible to appreciate their effects as the pandemic recedes and the influences of Brexit come into sharper focus, enabling research to begin to gravitate toward a more evidence-based, rather than predictive, footing. In a recent report, researchers at Henley Business School, using recent matched survey data based on a representative sample of UK academics in business, management and economics, shone a light on how the pandemic and Brexit have affected UK academics, and on the potential consequences across the sector. 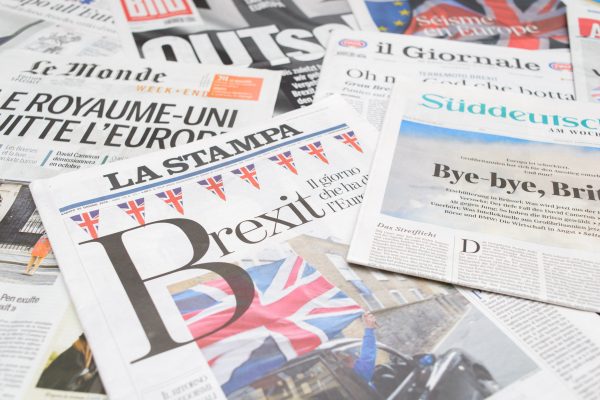 While Britain’s exit from the European Union has been a reality since the outcome of the referendum vote on June 23rd 2016, the withdrawal agreement specifying the details of how that would work only came into force on 31st January 2020. Prior to the referendum on Britain’s withdrawal from the European Union (EU), researchers in Britain were among the least likely to consider repatriating to their native countries (Franzoni et al., 2012). Indeed, since 2007, when the UK initially overtook the USA to become the highest-ranked comparator, the UK’s field-weighted citation impact was the highest in the world (Department for Industry, Energy and Industrial Strategy, 2019). Furthermore, earlier work analysing the movement of scholars to and from the UK showed that, while the UK was a “net exporter” of scholars, it was a net importer of “quality” scholars, driven by a net inflow of highly cited scholars (Bekhradnia and Sastry, 2005). The reputation of UK higher education, and the competitive packages available, led to UK business schools and economics departments being magnets for international faculty. Indeed, there are more European academic economists working in the UK than there are British-born faculty (even more than in modern languages departments).

The UK has, historically, drawn extensively from a European source of highly skilled academic migrants and, while we do not know the proportion of academics that voted to remain in the UK, we do know that the proportion as a whole was heavily skewed towards those with higher degrees, 70% of whom voted to remain. Perhaps unsurprisingly, therefore, 84% of business school academics disagreed that “Brexit had been the right thing to do”. This begs the question of whether, as the impact of the referendum comes into focus, emigration intensions were affected? The researchers asked the question, ‘has Britain’s exit from the EU led you to consider whether you would continue living in the UK?’ and found that the majority, 54%, answered “Yes”. Of course, the apparent widespread dissatisfaction reported by UK scholars may be an opportunity for institutions outside the UK to headhunt those UK-based scholars who are thinking of moving – the ones we found, who are the more productive researchers (in terms of their citations). In particular, headhunting those who were not born in the UK, or have only recently obtained citizenship, may be a fruitful approach for institutions outside the UK. There have been important policy responses to ease migration into academic jobs in several European countries. For example, Italian universities are now able to offer generous tax incentives that entice Italian researchers who have been living abroad for some time, as well as non-Italians, to move to Italian institutions (L’Argenca Informa, 2018). There is a danger, therefore, that in the longer-term Brexit may “hollow out” UK research.

Prior to the referendum on Britain’s withdrawal from the European Union (EU), researchers in Britain were among the least likely to consider repatriating to their native countries

The researchers also looked at whether the difference in emigration intentions were concentrated in a small set of business schools and departments where economists ply their trade. They found that views were broadly consistent across different types of organisations: neither the highly “research-intensive” schools, nor those with a more European-student-fee dependence, nor economists working in agricultural, medical or geography departments, were more or less likely to have individuals who had considered emigrating from the UK. The findings suggest and reinforce how pervasively Brexit is viewed across the sector and the need for broad-based institutional responses by universities, to ensure that the national policymakers incentivise the higher education system in order to protect its longer-term competitiveness.

Shock 2. Has the pandemic changed how research is conducted and disseminated?

The Brexit process, like most other stories, was cast from the spotlight by the arrival of the pandemic as working life shifted out of the “work office” and into the “home office”. This was mirrored in research activity with a notable pivot towards pandemic-related grants and research (Walker et al., 2021). As the pandemic (we all hope) recedes, business schools, and the academics working in them, are taking stock of what elements were transitory and which changes are permanent. What should the sector maintain and build on and what would be better discarded? The researchers’ work highlighted three important dimensions.

1. Dissemination – The experience of the pandemic made it possible to be involved in a wider set of, suddenly online, conferences and workshops than ever before. And the ability to attend virtually certainly reduced the time taken to reach events – indeed, while not for the faint of heart, it is even possible to surf between sessions at the click of a finger – as well as the costs of hosting and attending them. Online conferences and workshops also meant that academics could do their part in reducing carbon emissions. Of course, while there are benefits to virtual conferencing, there are also benefits in face-to-face events, where networking and social interactions can make it possible to have more nuanced exchanges. Weighing up these effects the researchers were curious to know whether researchers considered that online events were as effective as face-to-face events. Initially, about one in five (22%) agreed that there were broadly equal benefits in virtual conferencing. Eighteen months later, in November 2021, when the second survey was run, scholars were more familiar with online conferencing and, with more time and experience, had upgraded their presentation skills. Nevertheless, at that point too, only 27% agreed that these online events were as effective as face-to-face events. A large majority considered them to be poor substitutes. 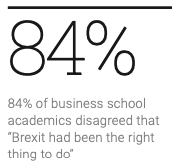 2. Accessing resources – The pandemic’s effect on scholars was uneven. For example, there is growing evidence that the pandemic amplified the existing gender inequalities in academic publishing, and that the hardships the pandemic bestowed disproportionately hampered the work of junior faculty members compared to their more senior colleagues. Access to resources differed between researchers, and some fields, reliant on archives and laboratories, or unable to access research sites in, for example, more qualitative ethnographic work, faced difficulties in being able to access the evidence required to undertake their work. Interdisciplinary work requiring such resources was also restricted. In the first survey, conducted shortly after the first UK lockdown, the researchers found that about one in three academics found that their access to resources (such as data and literature) was affected. And little had changed by the time of the second survey suggesting that the impacts on some researchers will be long-lived with potentially substantive effects upon different fields and upon multidisciplinary research.

3. Collaboration – There was a substantive shift in scholars’ ability to collaborate with co-authors and colleagues outside the UK, which deteriorated substantially between the first lockdown and the autumn term (27% to 45%) with nearly half the scholars considering that collaboration with colleagues outside the UK had been made more difficult. Like conferencing, online facilities are no substitute for face-to-face engagement. Indeed, in another study, involving several members of the same research team, using a nationally representative UK sample, it was highlighted that the one dimension of working from home where academics differed from other occupations was in how it reduced “important networking opportunities”, with 71% of academics agreeing this was a negative element, compared to 45% in the wider population.

Ultimately, the research illustrates that both the pandemic and Brexit will have broader and longer-running impacts on UK business schools and across the sector globally than many will have predicted. The findings suggest that policymakers, academics and the institutions in which they work need to make every effort to mitigate the impact of these shocks.

The authors of the report were James Walker, Chris Brewster, Rita Fontinha, Washika Haak-Shaheem, and Fabio Lamperti. A full report on the preliminary findings of the project can be found at “Examining the Impact of Brexit & COVID-19 on the working lives of Business, Management and Economics” academics in the UK. 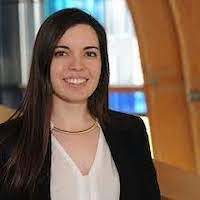 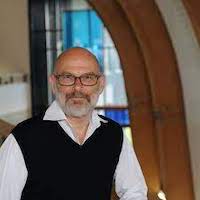 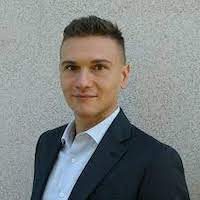 Fabio Lamperti
Fabio Lamperti is a is a PhD scholar in International Business and Strategy. His research focuses on innovation and international business. He has taken up a post at the University of Perugia. 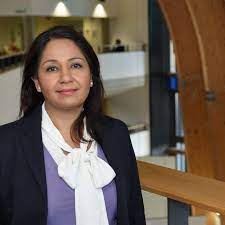