The transformation of GE Appliances with RenDanHeYi

Annika Steiber traces the remarkable transformation of GE Appliances after having been acquired by Haier Group.

Is there a need to change our current management model?

The simplest answer is YES, as the world has changed. The emergence of a VUCA environment has led to a re-thinking of what it takes for companies to survive and succeed. Companies in the digital age need to be AGILE, FAST, and INNOVATIVE — and just one of these attributes is not enough to stay relevant.

Companies born in the Internet age, such as Google, Facebook, Amazon, and Netflix, have already adopted a new model, fit for the digital age. This model is based on new management principles radically different from the traditional cornerstones of management. With an increasing threat from new entrants in every industry worldwide, traditional firms are either proactive, or forced, to transform their own management models.

In 2016 GE Appliances (GEA) was owned by GE. It was a traditional manufacturing firm with zero- or single-digit growth. In June of that year it was acquired by the Chinese company Haier for $5.6 billion. Since then, the company has recorded double-digit growth for over four years straight. How is this possible?

To answer this question, a 7-month study was conducted on the company. It focused on understanding three things:

The findings were mind-blowing. The company had pivoted 180-degrees between 2016 and 2021. From being a company that focused mainly on cost efficiency and profitability, with a top down and command and control leadership, with an organisation that was perceived as a ‘machine’, to a company focused on growth and targeting market leadership, with a decentralised administration, and an organisation that was perceived as flat and agile. Most people would say that this disruptive ‘pivot’ of a company’s culture, leadership and structure is impossible in less than five years, but still, GE Appliances did it. How?

Some of the key factors behind GEA’s successful transformation were a) a CTO with a new vision and ready for change, b) Haier’s acquisition of the company and their belief in RenDanHeYi, and c) the appointment of a new CEO for GEA.

A new vision in an old suit

GEA’s transformation was facilitated by the dissatisfaction that the former CTO, Kevin Nolan was already feeling before the acquisition by Haier. He was frustrated with the bureaucratic organisation, which was focused on efficiency and profitability, rather than on winning in the market. As a result, he created FirstBuild in 2014, which allowed him to explore alternative ways of working with product development and innovation.

Haier’s acquisition of GEA and appointment of a new CEO

Haier’s acquisition of GEA and the deep conviction of its founder Ruimin Zhang of the need to pivot the traditional management model and his development of RenDanHeYi to stay competitive in the IoT era, together with the appointment of Kevin Nolan to become the CEO in 2017, provided GEA with the necessary top leadership to initiate a true enterprise-wide transformation of the company.

Haier’s explained the fundamentals behind the RenDanHeYi philosophy such as:
“You unleash the potential of every person, and you drive down decision making to the lowest possible layer. Further, you focus on the marketplace first and align the whole business towards the users and their needs. Then you reward the people for how well they do this.”

Having a positive and strong top leadership, promoting the transformation of the company, became the necessary force to initiate and constantly drive and encourage change of the company. This strong force, together with more ‘technical’ changes in leadership, culture, organisation, and alignment between people made an enterprise-wide transformation possible and successful.

Leading goal: a simple, memorable, and realistic leading goal is needed to inspire and energise an organisation. It need not be a lofty purpose, or a declaration to change the world. In the GEA case the team aspired to something they didn’t know was even possible: to be and to be recognised as the leading appliance company in the US. After four years, the business and branding results show that the goal has almost been achieved and that the GEA team is unstoppable.

Culture: this is a matter of offering teams a new frame of reference, modeling and promoting new behaviors. In the GEA case they challenged the old traditions, and offered the space for new practices. For example, they went from serving corporate needs and responding to managers’ directions and commands, to a culture where the user is the only boss and where the only valid direction is the one received from the marketplace, represented by customers and users. Further, GEA went from playing not to lose to playing to win. The company stopped reacting to competition and started to lead. They went from avoiding risk to promoting experimentation. As part of this change, they invited employees to become entrepreneurs.

Structure: when your user is your only boss, there’s no place for a traditional organisational chart. GEA imploded the old rigid organisational brick to create numerous autonomous microenterprises (MEs) that focus on serving their specific categories and marketplaces and are supported by serving platforms.

Non-linear management: when speed and adaptability are necessary conditions, the organisation needs a non-linear management that can adapt. The decentralised nature of GEA empowered the new MEs, as well as the new heads of the platforms, to make and take decisions. The communicated expectations were user focus, accountability, and self-management.

Finally, the reward system refocused on recognising value creation for and with the users. It’s clear and transparent and follows a ‘paid by user’ philosophy in which the value exchange between the entrepreneur (employee) and the user is what really matters – nothing else.

The journey hasn’t always been easy, but it has been rewarding. The results are there, and the transformation is evident. As GEA reflect on their learnings, there are some concepts they can highlight: 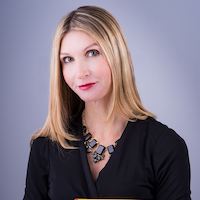 Annika Steiber
Annika Steiber is Professor at Menlo College, Director of the RenDanHeYi Silicon Valley Center, and author of Leadership for a Digital World: The Transformation of GE Appliances (Springer, 2022).