The ‘sustainable business’ and agriculture

The challenges posed by agriculture are becoming more pressing as the world struggles to meet its ever-growing need for food. By 2050, over nine billion people will need to be fed – two billion more than the current population.

Additionally, the spread of prosperity and a longer-living populace, especially in China and India, is now producing increased demand for meat, eggs and dairy products that intensifies pressure to grow more corn and soybeans for a rising number of cattle, pigs and chickens. Indeed, some estimates claim that we may have to expand food production by 70%, including doubling the number of crops grown, within the next 30 years.

Meanwhile, the agriculture industry is among the greatest contributors to climate change, emitting more greenhouse gases than all cars, trucks, trains and airplanes combined (largely from methane released by cattle and rice farms, nitrous oxide from fertilised fields and the clearing of rain forests to grow crops or raise livestock).

Farming is also the single greatest consumer of water supplies and a major water polluter in the form of run-off from fertilisers. And agriculture continuously accelerates our planet’s loss of biodiversity as areas of grassland and forest are cleared to enlarge the size of farms.

The overall result is a miasma of crop stress, job loss and even human displacement. For example, Homeland Security officials in the US have reported that a puzzling increase in the number of families showing up at the US border seeking asylum appear to be fleeing a hunger crisis in Guatemala’s western highlands.

Years of meagre harvests, drought and the devastating effects of “coffee rust” fungus on an industry that employs large numbers of rural Guatemalans is speeding up an exodus of families from villages now bereft of jobs and food.

Solving agriculture problems on the front-line

“Precision agriculture” involves detecting various forms of crop stress (for example, diseases, pests, water issues, soil deficiencies and on) and applying corrective resource inputs (water, fertilisers, pesticides, herbicides) at the most opportune time and in the most effective and economical quantity, to plants or parts of a plant or crop.

To accomplish its goal precision agriculture combines the science and technology of GPS, aircraft, satellites and specialised cameras to provide growers with the information they need to make informed decisions as early as possible – often before problems arise.

Undeniably, the economics of early detection are a major benefit of “precision ag”, revealing potential financial and resource losses that humans may not notice until it is too late.

Aerial imaging is the key

According to Chenghai Yang, a leading agricultural research engineer with the US Department of Agriculture (USDA) and its Aerial Application Technology Research Unit (AATRU), the cost savings that aerial imaging provides are significant.

Further south in Costa Rica, a precision ag multi-spectral imaging programme at Universidad EARTH worked with a local farm/owner and operator to help increase his harvest by 33% and his profits by $200 per hectare.

The farmer had been growing sugarcane, grass and rice on his land for 21 years but in 2012 he began looking at ways to protect the fish populations living near his plantations by growing rice without synthetic pesticides.

The result was so successful he converted 300 hectares of his land into a pesticide-free operation for which the Ministry of Agriculture and Livestock in Costa Rica awarded him the Medalla del Mérito Agrícola (Agricultural Merit Medal) in 2016. In a recent interview, he said that precision ag also enables him to add more nutrients exactly when they are needed to boost the productivity of his soil.

The cost of solutions is part of the problem

Although agricultural aerial-imaging is projected to become an $18 billion global market, it remains largely untapped because few farmers know how to read aerial images and/or do not know where to go to learn such skills. Lack of access to cost-effective aerial platform tools that provide images create additional cost challenges.

Satellites, for example, can produce pictures that cover massive areas of land but satellite usage is costly and sometimes difficult to schedule due to competition from other users. And satellites are never useful if the window of opportunity is missed due to weather or timing issues (for example the Landsat satellite covers the earth once every 16 days).

At the other end of the spectrum are drones, which can deliver detailed, high-resolution images in a multitude of settings. If flown low enough, drones will produce incredible images in which a single pixel can reveal a 1 cm x 1 cm area on a plant or flower.

Yet despite the benefits of a low-flying camera, the USDA’s resident researcher on remote sensing and aerial imaging says that “from a practical standpoint, high-resolution plant-level or leaf-level details are not necessary for most field applications”.

To add to their limitations, drones are also bound by restricted flight ceilings heights (by law, drones must stay below 122 metres) and small payload weights that limit the size (and capability) of the on-board camera.

The time-consuming chore of piloting drones is yet another headache. USDA research shows that it can take 80 flight-time minutes to photograph a two-square-kilometre area with a drone, which amounts to less than 1.5 sq km per hour – and that does not include travel time to and from the area being photographed.

Also, because the batteries that power multi-rotor drones only last 15-25 minutes (fixed-wing drones can stay aloft up to 45 minutes), multiple expensive batteries must be used, which adds to overall costs (high-end drones can have a purchase price of $100,000 or more).

After years of research, AATRU has concluded that manned aircraft are usually the best way for farmers to obtain aerial images. For example, an aircraft equipped with two cameras can cover 83 sq km in about 40-minutes. Compare that to a drone, which would require two work-weeks to complete the same task.

Equally important is the weight and cost of the camera(s) involved. Prices for small multi-spectral cameras range from $5,500 to $9,950 or much more depending on the image/data required and the payload capability of the aerial platform.

Manned aircraft, however, can carry multiple imaging equipment (as well as additional items) because camera weight is not an issue. The USDA, for example, works with two different camera systems each of which it built for $1,500 apiece.

Of course, the downside of manned aircraft is costs. Much imaging work with manned aircraft is done with a standard four-seat or six-seat single-engine aircraft, which, when new, can cost hundreds of thousands of dollars to purchase and $100-$200 per hour to operate. Purchase price, maintenance costs, storage fees, insurance, pilot fees and more quickly add up, which puts such aircraft far beyond the reach of most budgets.

‘The Sustainable Business’ enters the picture

Late in 2019, I asked the USDA why it uses a six-seat Cessna 206 (which consumes 64 litres of leaded aviation fuel per hour) to collect aerial images.

Using The Sustainable Business and its template of analysing purchase price, operation costs and disposal costs to eliminate and prevent waste, I explained that the USDA could easily begin a basic waste-elimination programme by replacing one or more of the planes in its current fleet with a small two-seat aircraft that can fly at low speeds (some as low as 45 kph, which is ideal for imaging) and take-off and land on a patch of grass.

Also, because small two-seat aircraft consume less than half the fuel that four-to-six seat aircraft require, and use automobile petrol as their fuel source (which costs half the price of aviation fuel), they can fly at a cost of $10-$12 per hour.

The result is not only a profound reduction in expenses but fewer carbon and other emissions and other when compared to the distance a vehicle must travel to transport a drone over a two-week period to cover the same 20,480 acres that a small plane can photograph in 40 minutes.

Several two-seat aircraft even have the ability to fold their wings after use, which means they can be stored in a garage, not an expensive airport hangar. Additionally, the purchase price of some two-seat aircraft is less than the cost of high-end drones.

To my surprise, the head of aerial imaging replied within a few hours and invited me to bring my plane to the USDA testing facility in Texas to gauge the fuel and other cost savings that a small manned aircraft can generate.

I don’t own a plane, so the search began to round up a few aircraft for testing. One manufacturer told me it doesn’t conduct research and development and most of the others didn’t want to get involved unless I bought one of their planes

After many months of investigation, three aircraft have now been lined-up and testing is scheduled for mid-July (the date may change due to the COVID-19 pandemic). Global Focus is keen to broadcast the results throughout 2020 as a means of highlighting the benefits of front-line research – with aerial imaging being just the first link in the chain. Watch this space! 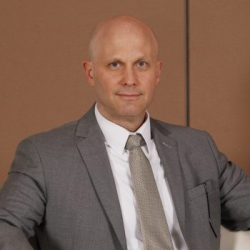 We are deeply shocked and saddened by the earthquake that touched Turkey and Syria. We wish to express our solidarity and strengthen our support for our members suffering from this terrible event.

⚖️ What obstacles to public good are created when #businessschool competition is believed to solve all problems? Rajani Naidoo and Jürgen Enders discuss the need to develop a more holistic and critical model of #managementeducation.

We have an exciting opportunity to embrace uncertainty and design new pathways to #businesseducation challenges. Join us to discuss current trends, internationalisation, quality, first-time accreditation and digital education. See details and register 🔗 https://bit.ly/3hUb2sh