The RenDanHeYi Italian style. From creativity to venture incubation at Gummy Industries

Emanuele Quintarelli describes the deliberate transformation of the Italian creative agency Gummy Industries, after having learned about RenDanHeYi.

Can a complete RenDanHeYi transformation happen in a matter of months? Against all odds, Fabrizio Martire and Alessandro Mininno, co-CEOs of the Italian communication agency Gummy Industries, have shown us how organisational magic can be unleashed, with the transformation of a digital firm with 60 employees into an incubator of new ventures, with employees co-creating and leading them through flat and autonomous teams, sharing services to support scale and a unit already incorporated into a new entity. And all of this achieved in a funny, tongue-in-cheek, Italian style!

Freedom and responsibility for an entrepreneurial transformation

Gummy Industries is a medium-sized, ten-year-old digital communication agency based in Brescia, near Milano (Italy), offering web design, branding, advertising, and influencer marketing services to Italian and international enterprises. In addition to serving clients, the company puts a lot of emphasis on the importance of its employees’ work-life balance, the quality of internal and external relationships, and opportunities for creative self-expression in the workplace. The gummy in the company’s name and logo is meant to represent fun, curiosity, discovery, and the interest to connect and interact, typical of this smart, vibrant and dynamic agency.

Their decennial trajectory speaks not only of excellent financial results but also of a continuous attempt to nurture freedom, responsibility, and a stream of new ideas with value both for clients and colleagues. Testimony to their enlightened approach to working conditions is evidenced in an unlimited vacation policy, full-remote working, complete trust in colleagues even before the pandemics kicked in, and the belief that quality outcomes don’t necessarily require long hours in the office. The exploration of new organisational models, such as the RenDanHeYi, is a natural consequence of the company’s values and DNA, with COVID-19 and the doubling of the company size acting as accelerators.

Gummy Industries initial growth and success came with several drawbacks preventing the firm from realising its full potential. Among these were:

After ten years of existence and two years into the pandemic, the company had become aware of social, economic, and technological needs and market dynamics that it was no longer equipped to keep up with. While the transition towards more up-to-date ways of functioning could leverage a small set of principles the company always aspired to:

Looking for inspiration, Gummy Industries attended one of the Boundaryless masterclasses, which exposed the company to the entrepreneurial, ecosystemic, bureaucracy-free ideas of RenDanHeYi. With a little surprise on our side, in less than six months, that initial spark had turned into fire with a total upending of the agency’s organisational model through the adoption of most of the constructs pioneered by Haier, even if dressed-up with a typically Italian flavour (pun intended).

Talking about an entrepreneurial and participative design, the two co-founders and CEOs wisely decided on transparency and to open up the transformation journey by inviting all of their colleagues to an off-site meeting near Turin and asking them to honestly share their hopes, fears, expectations, and initial hypotheses for a Gummy Industries 2.0. As you can tell, Italian passion and the love for food had a role in the eventual outcome:

What Gummy Industries can teach us about RenDanHeYi transformations

We had more than one reason to reappraise our certainties regarding RenDanHeYi transformations after hearing Fabrizio and Alessandro discussing how they had tailored the guidelines created by Haier to Gummy Industries.

Initial returns to positively look at the future

Are there already tangible paybacks from all this work after only six months? The answer is a clear and promising yes, at least on two levels:

Thanks to this, significant growth rates are projected for the end of the year, and we, at Boundaryless, are committed to checking in again soon with Gummy to keep learning from their experience. 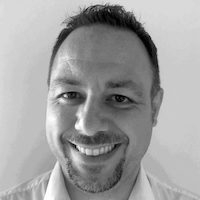