The changing nature of organisations

The Nobel Prize-winning economist, Joseph Stiglitz, observed that companies have profited over the last 30 years not from innovation and progress, but from exploitation and monopoly power. There has been a significant shift in the role of senior management, from steward of the organisation to hired hand on a contractual basis. This may lead to a situation where the self-interest of senior management replaces ethics, principles and trust.

Many large companies issue shares to employees at a low price and buy back those shares on the open market at a higher price. That price difference, multiplied by the number of traded shares, equals value that never reaches shareholders at all. Instead, it is entirely captured by the recipients of the new shares.

The 2018 SPERI Report argued that the cost of too much finance for the UK from the 1990s to 2018 was about GBP4500bn, or approximately 2.5 years of the average GDP across the period. Of the 4500bn loss, 2700bn was accounted for by the misallocation of resources, where resources, skills and investments are diverted away from more productive non-financial activities into finance. The other 1800bn arises from the 2008 banking crisis.

Apple, the world’s first company to reach 3 trillion USD in market value, has more cash and a global reach much larger than most banks but is one example of the growing financialisation behaviour by companies that focus more on finance than on their core business, and those that load up on corporate debt.

There is some evidence that the share of revenues coming from financial, relative to non-financial, activities in companies began to rise in the 1970s and increased sharply from the 1980s. Total financial assets are estimated to be triple the size of the real economy. The OECD has warned about the record amount of debt in the corporate bond market.

More than half of the investment-grade bonds issued in 2018 were of the lowest possible quality.

The Financial Stability Board (FSB), which makes recommendations for financial rules to the G20 nations, noted that large established technology firms could materially alter financial services. The FSB is concerned that Big Tech provides outsourcing services, such as the cloud, that an increasing number of banks are relying on. While those services (dominated by Amazon, Google and Microsoft) reduce a bank’s risk at the entity level they increase the system-wide risk, should one large provider collapse, for example.

‘All that counts cannot necessarily be counted’ – Albert Einstein

The world of business has also undergone significant changes. For example, in the 1980s GEC was an empire employing about 250,000 people and building everything from X-ray machines to ships, telecoms and defence electronics. The CEO, Arnold Weinstock, took the reins in 1963 and spent three decades building it into a colossus. He stood down in 1996. His successors, an accountant and a merchant banker, sold old businesses, bought 15 companies and became Marconi. The impact of the dot-com bust turned the company that had been trading at 12.50 GBP per share into a company that was worth only 0.04 pence per share. Its most important client, BT, passed it over for a contract that went to Huawei.

The GEC story highlights the clash between two business cultures: there is Weinstock building an institution, and his successors bewitched by quarterly results and handing shareholders a fast buck. The road travelled by GEC was also taken by ICI and other household names. Companies like GEC and ICI used to invest heavily in research and development. But today the UK has been overtaken in R&D by all western competitors.

Or consider Boeing and the two fatal crashes in 2018 and 2019 of the Boeing737MAX. Aviation regulators and airlines around the globe grounded a total of 387 aircraft.

A new player in the game, private equity, has emerged as not just a British but also a pan-European phenomenon. The recent death of Zoilo Patino, an 84-year-old with Covid-19, in a Madrid care home owned by the government, shocked the world. His body was found 24 hours after his death in a locked room where the elderly were ‘abandoned, if not dead, on their beds’, as one Spanish minister said.

DomusVi had been contracted to operate the care home, which had been stripped down by years of cuts – there was only one care worker for every ten residents, without even the PPE required to move a dead body. DomusVi, Spain’s largest care home company, is owned by the British private equity company ICG, which refinanced its debt of one billion Euro when it made the acquisition from a French private equity firm.

There is little doubt that business schools have prospered during the last few years. However, the sector is under pressure to demonstrate the value or contribution to prosperity of this growth, since large organisations tend to be managed by business school-educated pupils.

In 2005 Sumantra Ghoshal, a Professor of Strategic and International Management at the London Business School and the founding Dean of the Indian School of Business in Hyderabad, noted that “Bad Management Theories are destroying Good Management Practices”.

He also reflects that business school academics over the last half-century have focused on making business studies a branch of the social sciences. The adoption of scientific methods has produced benefits for both research and pedagogy. Nevertheless, as philosophy of science makes clear, it is an error to pretend that the methods of the physical sciences can be applied to business studies because it ignores fundamental differences that exist between different academic disciplines.

Research should focus on business practice rather than the academy, with a view to solving real-world problems.

Rakesh Khurana, a Professor of Sociology at Harvard University and Professor of Leadership Development at Harvard Business School, reflected on the unfulfilled promise of management as a profession that was lost to economists and financial analysts who promulgated agency theory and that led us to maximising shareholder value.

Many business schools prioritise skills of analysis at the expense of skills necessary for management, such as judgement, especially in challenging, complex and ambiguous environments. 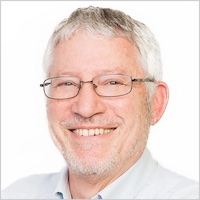