The Case for Women

Lesley Symons has 10 years of research on gender representation in business case studies. The results are astounding.

In 2014, while studying at INSEAD in France, I noticed a lack of women leaders in the case papers I was reading. As a successful businesswoman with a history in senior leadership roles in global corporations, I did not recognise myself in any of these papers. Where were the women? Where was the variety of leadership styles?

It seemed that in this context, diversity meant showing an array of male leaders from different organisations, different business schools, and different cultural settings. The predominant emphasis in these case papers seemed to be on western male leaders. There was a distinct lack of women in the papers.

This disconcerting observation led me to the subject of my master’s thesis. I decided to quantify the presence of women in business school case papers and understand how they are portrayed in these cases. And that is where it started.

A decade of progress?

As of today, I have collected 10 years of research on the Case Centre’s award-winning and bestselling case papers. With over 100 cases read over this decade, I wish I could say that we are seeing meaningful change. We are not. What have I learned from this research? A lot. Though I am not sure our case writers have.

This narrative of missing women is not new. It is prevalent in print media, films, theatre and just about every stratum of society. It is a topic that has been taken up by various groups such as Geena Davis’ Institute on Women in Media and UN Women, for example. Women’s lack of presence in the C- suite, board and on executive committees is still woefully low with targets being missed by many groups.

Business schools have made inroads over this time in the number of female student entries, with some schools at over 40% female student participation. However, once in these schools, women are not seeing themselves. Female professors and school board member numbers are generally still low, struggling to get to 30%.

My research explores the Case Centre’s annual award-winning case papers from 2009-2018. Each year there is a winner of nine subject categories plus an overall winner. These are the papers that each year are most widely distributed among different schools. As a cross-reference, we also read the three best-selling cases for each of these years. It is these papers that we have read from years 2009-2018 – 105 unique papers.

We initially started measuring the number of papers with a man or woman in them; the number of male and female protagonists and what categories these papers fell into; the author’s gender and business school publisher. In the past five years we have started to count the gender of characters in each paper.

What have we learned over the 10 years and from reading these 105 papers is:

2. An overwhelming presence of men in papers

However, in 23 of these papers (22%), we deemed that women could either get missed by the reader or she was in a non-business-related role (wife of a character, for example). We judged that women are present (meaning in a prominent or business-focused role) in only 47, or 45%, of papers. Women are not in 35 (33%) of papers at all. Since we have been researching the number of characters in these papers (from 2015 – 2019) we have analysed 52 papers. There are 89 female characters across 52 papers. An average of just under two per paper.

The Bechdel Movie Test is a simple test of women in movies. It asks whether it features at least two women, who talk to each other about something other than a man. In our research we re-designed this test to measure: “does it have a woman in it, in a leader position (ie the protagonist), who speaks to another woman about the business?”

Sadly, only four papers out of the 105 papers have female protagonists speaking with other women about the business.

The overwhelming presence of men

Men are present in 103 of the 105 papers. Eighty-three of these papers have a male protagonist. In the five years we have been counting characters there are 450 male characters; an average of just under nine characters per paper. Men outnumber women characters by five to one in papers.

Of the 103 papers with a man in them, there are descriptors used such as “tough but fair… results-driven … father figure”. Many papers not only have a male protagonist but also have a male founder.

The OpEd Project – Byline Survey Report found that women published in print mainly occurred in one of the four “F” areas: Food, Fashion, Furnishing and Family. Recently, the categories of health and gender have been added.

It is also important to look at who is writing cases and who the main publishers are. Across the 105 papers written there are 116 male first writers and 27 female first writers. Interestingly, those who are doing the research and the main body of writing, the secondary writers, the gender balance is much more equitable with 59 male secondary writers to 39 female writers. Sadly, the gender of the writers seems to have little impact on the gender of the protagonist. The business still seems to be seen as a male-led domain.

Of the winning schools published, Harvard is by far the most consistent and predominant, with 25 or 24% of the 105 cases published closely followed by INSEAD with 18% or 19 winning papers. Of the 12 female winning protagonist papers six, or 50%, come from Harvard.

Where to go from here

Most recently, in collaboration with The MBA Roundtable and Forte Foundation, we have reviewed a number of business school’s MBA core curricula. The stats overall are not much different than those reported in our research. However, what we have learned in doing this exercise and research is:

First, schools need to understand how their papers present overall to students. Do they know across their programmes from a gender and diversity perspective how the cases present?

Doing an audit of this is key. For until you know the numbers it is hard to start the change. Use the Symons Test as a base for measuring how women show up in papers. As we have seen from the research, having a female protagonist only in a paper is not enough.

• Change starts from the top or from the middle

All need to be behind this and part of the change. It starts with the deans. It needs to be a priority school-led initiative. Acknowledge to all, faculty and students, in what you are doing?

• Start with the why?

Why is this important; why does the school need to do this? Publish the figures and what you want to do about it. Set your goals for change.

Educate all on how to teach from a gendered and diverse perspective. Educate on faculty biases and the impact it may have on others. Acknowledge those who do it well.

Know that this is a journey – a marathon not a sprint. This is a long-term strategy with many challenges. 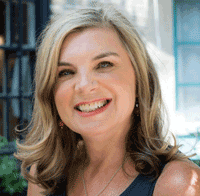 Lesley Symons
Lesley Symons is the founder of The Case for Women, which conducts research into the presence of women in case papers with the aim of improving their presence in business school learning tools and their overall representation within the tertiary education sector. She has co-authored a winning case paper and is also a part-time coach on a variety of London Business School’s programmes. Learn more at www.thecaseforwomen.com

What is the next paradigm of #bachelor programmes❓

🔜 Join our #EFMDBachelor conference and let's discuss the value proposition of #undergraduate #bized, what’s next in #hybridteaching & future business models for bachelor programmes among other things.
https://bit.ly/3zt34ur

The Conference part of this edition of the @EFMDNews Virtual Fairs by @Highered_org is coming to an end ! It was a pleasure to speak on behalf of EFMD. Congrats to the team ! What an event !

Trust yourself and remember why you are doing things. It will help you move forward ! Wise and final word from Leonardo Lima from @IFC_org closing this great interview by @wigmorealvarez