Excessive travel expenses; professors with conflicts of interest between private consulting and research; misconduct of alumni in management positions; offenses against scientific integrity; students questioning the political correctness of professors in classroom discussions.

These are just a few issues universities, and even more so business schools, are being exposed to in ublic debates and media coverage.

In many countries, we no longer talk about single cases that require crisis communications but rather that we face a continuous stream in public and social media.

Business schools are especially exposed in these debates. Traditional universities cover a wide range of topics that are perceived by the general public as “useful”, whereas business schools train their students in rather specialised fields: management and economics.

Their alumni often reach high positions in the business world. However, positive news from the private sector has become rather a rare phenomenon in the last few decades. In the media, top managers are often presented as technocrats who care more about maximising a company’s (and their own) revenues than about the common good. A failing top manager is an easy prey for journalists who will have no difficulties to present such cases as corroboration of negative stereotypes.

In recent years, another aspect has gained importance. Business schools have invested heavily in topics such as ethics, sustainability and responsibility. Subsequently, these values have become often egregious elements of their own public self-description. It is only fair that both the public and the media check schools and their representatives, especially school leadership and professors, against these self-imposed high standards.

If the rhetoric of ethics, sustainability and responsibility is not lived up to in research, teaching and practice, a business school can easily – and rightly – be reproached with paying lip service to key values of the 21st century.

This risk is even more aggravated by the fact that business schools often operate in a space that is rather remote from social realities of many. In many countries, business schools function like closed entities: They set high admission thresholds for students and can easily be reproached with “elitism”.

This development may cause raised eyebrows in the broader public – especially in the current conservative political atmosphere in many European countries. Contact between “normal” citizens of the region and business schools, their students and graduates are often rather limited.

Management of the outreach to broader and regional communities has become an important element of business schools’ strategy. Assessment schemes such as EFMD’s BSIS (Business School Impact System) support this endeavour.

Ultimately, these developments are symptoms of a radical change in the relationship between universities and society at large. Given the right light, more public scrutiny should increase the social legitimacy of universities in general and business schools in particular.

But the art lies in proper communications with the public in this new era of transparency. Of course, for many media outlets only bad news is news and good news is no news. However, bad news can severely harm only a weak brand. If a business school has an excellent national and international reputation, delivers relevant results in research, and attracts talented students, it will be able to cope with negative headlines over a certain period of time.

Today, business schools are capable of handling normal requests from the media and come up with adequate reactions on social media. However, a serious problem arises when, very often starting with a single and sometimes minor issue, social and public media identify a narrative pattern that can lead to scandal. In such cases, the negative dynamic reinforces itself and initiates a downward spiral.

Typically, a communications crisis develops as follows: A single external incident (the misconduct of a manager, say) or an internal one (mistreatment of junior faculty or discovery of excessive travel expenses) leads to negative comments in social media and/or inquiries by a single news outlet.

Other media jump in (the news coverage becomes the news). Stakeholders react (comments by alumni, politicians, perhaps faculty, leadership of other universities) and create a debate. Politicians, regulators and possibly also sponsors jump to conclusions and take measures – sometimes hastily and often with the primary goal to prove their own capacity to act.

This is, of course, a worst-case scenario, albeit not an improbable one. Once the negative dynamics has begun to set the pace of newsmaking, it is very hard to break out of this vicious circle.

Seven steps may help to handle crises and to adequately communicate in a crisis situation:

It is crucial to control the communication of a crisis as soon as possible. This is not a trivial task. First of all, it is not that easy to identify a crisis and its escalation potential. What at first may look like a small incident in the university’s organisational structure may inadvertently turn into a fully-fledged crisis. In this situation, it is imperative to closely monitor social and public media in order to be informed about current negative or positive developments of a school’s reputation. If a crisis is detected at an early stage, an organisation should assume an active role and switch to a courageous communications mode. In such cases, it is advisable not to try to explain the incriminated event away but to admit that there is a problem and that the leadership is working on it. If new evidence arises, an organisation’s leadership should not wait for questions from the media but spontaneously and voluntarily launch it, perhaps via a press release. The worst possible development are allegations that the university is trying to cover up a problematic event. If that happens, poor crisis communications can transform into a crisis in its own right.

Academic institutions today follow clearly outlined and internationally accepted standards for core activities such as research integrity. However, universities are forced to constantly update their policies due to societal claims or technological progress.

The answers are often the result of difficult internal decision processes: What is more important, CO2-reduction goals or international project experience for students? Should admission be based on AI-supported forecast models despite its possible negative effects on diversity?

Ultimately, the positions taken in these dilemmas form the core identity of a university. Therefore they should be discussed on an institutional level, for example in faculty committees, and involve intense debates. Only a democratic process can endow university policies with the necessary legitimacy. Such internally corroborated values are much more stable than guidelines issued by a governing body and implemented in a top down-process.

Potential issues should be monitored and prepared. Sensitive issues may be embedded in a broader narrative, for example, the general university policies mentioned above. A single case can then be identified as part of a value proposition.

For example, a conference invitation to a representative of a publicly criticised company can be linked back to freedom of speech on campus and industry relevance.

An issue matrix documenting issues according to risk as well as probability can help to keep an oversight of possible issues. Each issue should have an assigned “owner” who also serves as a face to the media. It is important to assign appropriate levels of responsibility to avoid bringing the head of the unit such as a dean or a university president into the spotlight too early for clearly delegated minor topics.

Issues with the potential to escalate should be addressed early enough in a crisis mode. A crisis mode requires special instruments, means and resources as well as competencies. A task force under the leadership of a fully empowered member of the leadership team (in issues related to the core activities of the school the dean or president) should be established. It may consist of communications staff, specialists in crisis communication as well as lawyers.

A special challenge for crisis management in academic institutions lies in the high degree of decentralisation (for example, schools and research centres). A communications task force should have the competence to react quickly – even if not all involved stakeholders may be immediately asked for their opinion or even approval.

At the same time, it is crucial to prioritise internal communications over external ones. Especially in crisis situations, harm can be inflicted on members of a university if they receive their information from the public media or – even worse – from rumours.

Traditional university media departments have a tendency to do sound research and answer media requests properly.

Crisis communications has to prepare for sometimes lengthy multi-layer, multi-stakeholder and multi-media debates that influence each other.

A social media storm might itself constitute news for public media. Therefore a crisis task force has to prepare for a multi-round process using a systemic approach and designing possible event lines. Moreover, scenarios for different reactions and turning points in the public debate have to be developed. At the same time, the possible effects of crisis communications cannot be overestimated. Communications in a crisis can only be as good as the strategy that is supposed to take control of the crisis itself.

6. Prepare to campaign – let others talk for you

As part of a multi-layered public debate it is important to define the role of the school’s voice and enable other stakeholders to speak up. It might be necessary to counterbalance critical opinions from one side, such as politicians, by bringing in arguments through alumni or students, even experts from other institutions of higher education.

In a crisis situation, voices from the outside very often have a higher credibility than the organisation itself. Moreover, support from the outside testifies to the strong position of a business school in society or among peer institutions.

Every public debate and media crisis eventually comes to an end albeit after a more or less lengthy time and drastic personal or regulatory consequences. This end sometimes requires an external, in most cases at least an internal, ritual termination such as a public apology if there is a reason for one and/or the announcement of successfully implemented new processes combined with an affirmative statement as to what forms the core identity of the institution.

Internally, a debriefing phase for university leadership, faculty, administrators and students will be required. Very often there are people heavily affected as a consequence of the crisis. Such harmful consequences need to be addressed and taken care of. Also, general university policies need to be reviewed in light of past public debate.

To sum up: crises are unavoidable. As soon as a university has reached a certain size and relevance, issues can and will appear. Crises need to be addressed with a swift and professional communications management. In the best of all cases, a crisis that has been efficiently managed and credibly communicated may even lead to an improvement of an organisation and its structures.

Thomas Bieger
Professor Thomas Bieger has been President of the University of St Gallen, Switzerland, since 2011. Previously he was dean of the university’s school
of management and vice-president. Professor Bieger also draws on his experience as a member of company boards, his teaching in crisis management and his military training. 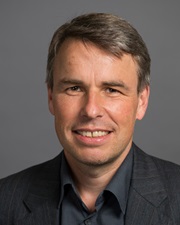 Ulrich Schmid
Professor Ulrich Schmid is Vice-President for External Relations at the University of St Gallen. Before he was dean of the school of humanities
and social sciences. Professor Schmid draws on his expertise as researcher on media strategies of East European governments. He leads the crisis communications team of the university.