In 2017, IMD adopted the tagline “Real Learning, Real Impact,” reflecting the institution’s orientation towards having a significant and sustainable impact on individuals, organisations and society.

Around the same time, we were introduced to the EFMD Business School Impact System (BSIS), a systematic set of procedures for conducting an impact assessment. The presence of the word “impact” in the name initially caught our attention but that is not why we adopted the BSIS.

IMD committed to the BSIS for five main reasons.

IMD began the BSIS data gathering in early 2019 and concluded the BSIS project with the release of a public-facing Impact Report in early 2020.

Let us cut to the chase:

IMD began the BSIS data gathering in early 2019 and concluded the BSIS project with the release of a public-facing Impact Report in early 2020.

Our five objectives/hopes were all fulfilled. We also received the BSIS label in the process.

We look back on this journey as an extremely helpful one. We wanted to share our experience and outcomes, as it may help you decide whether engaging in the BSIS process is right for you.

Following the end of the second world war in Europe, multinational companies were rapidly expanding and it was in this wave of globalisation that IMD’s two predecessor management training schools were founded – IMEDE in Lausanne in 1956 and IMI in Geneva in 1947. They came together to form IMD three decades ago.

They were internationally diverse from day one, drawing faculty from North America and participants from across Europe. The language of instruction was English.

Since those founding periods, international diversity, global travel experiences and cross-cultural learning have come to define IMD. They are key to the transformative power  of our learning experiences.

In 2018, EFMD EQUIS peer reviewers visiting the campus singled out internationalisation as a defining and distinguishing feature of the school.

While we continue to work hard at ensuring our “global reach,” we are also very mindful – and proud – of our “Swiss roots”.

These roots come in part from our founders – IMEDE was founded by Nestlé and IMI was  strongly connected with Swiss companies. Over the years, IMD and its predecessors have been fortunate to have the support of many Swiss companies, several of whom are world leaders.

In addition to corporate connections, partnerships with world-class Swiss academic institutions have become a vital element of our educational offerings. Here, we have been plain lucky that we are surrounded by world-class institutions such as the École Polytechnique Fédérale de Lausanne (EPFL), ranked among the best universities in the world, and ECAL (Lausanne University of Art and Design), often ranked among the world’s best design and art schools.

In particular, we partner with EPFL to offer TransformTECH, a five-day tech-infused bootcamp for executives.

In the research area, we are fortunate to have the support of several Swiss benefactors. IMD  is also deeply engaged in the Swiss innovation economy.

Since 1998, more than 400 Swiss start-ups have benefitted from the support of MBAs and EMBAs engaged in experiential learning Start-up Projects.

Finally, our Alumni Community for Entrepreneurship Lausanne Chapter facilitates “Start-up Nights” where local alumni learn about Swiss start-ups and how to invest in them.

Since 1998, more than 400 Swiss start-ups have benefitted from the support of MBAs and EMBAs engaged in experiential learning Start-up Projects.

Through the BSIS process, we improved our understanding of IMD’s impact overall and particularly in the Canton de Vaud in Switzerland. The 120 prompts comprising the BSIS assessment scaffolded our explorations.

Here’s a sampling of what we learned:

As part of the BSIS process, we asked external stakeholders for their perceptions of IMD. A letter from the cantonal administration volunteered: “IMD plays a major role in the academic landscape of our canton;” A senior executive from MindMaze, Switzerland’s first unicorn, described IMD’s global reach and reputation as adding to the “internationalisation” of the canton; the director of the canton’s economic development agency added his commendation: “The school’s alumni are  a large and influential community of positive ambassadors”.

These words of praise were gratifying, of course, but, maybe more importantly, they were also eye-opening for us. Indeed, one of  the points highlighted by the BSIS journey is how little we knew about certain dimensions of our impact.

In fact, one of the insightful questions asked by the BSIS expert visitors was “why is IMD so modest about its impact?”

Well, one reason is that we didn’t really know how much impact we had. Another, and again an important insight for us, is IMD’s internalising of Swiss values. The culture of enterprises in Switzerland is not to boast. Organisations go about their activities without spending too much time self-congratulating .

The BSIS process helped us realise that this Swiss discretion should not prevent us from objectively and calmly communicating our achievements and impact to external parties, including governments, of course, but also our own alumni.

Another thoughtful suggestion from the BSIS peer review team was to intensify our interactions and co-operation with neighbouring academic institutions. As mentioned above we had started to do so. Their encouragement was hence timely and helpful.

Since their visit we launched a new tri-partite collaboration with EPFL and the University  of Lausanne (UNIL). The new centre, called Enterprise for Society (E4S), will focus on the challenges and opportunities of technology-based innovation and promote dialogue between researchers and practitioners working with technology and those focusing on socio-economic issues to solve some of the world’s greatest challenges.

The second pillar of E4S will be a more cohesive and synergistic approach of the three partners toward the region’s entrepreneurial ecosystem, which already features numerous successful start-ups but could do even more.

Last but not least, we will be launching a joint pre-experience master’s degree in sustainable management and technology.

Learning from the BSIS experts

When we began the BSIS process, we had clear intentions to share our findings with the cantonal and local government. We had not really thought about what form this communication would take but I think we all assumed it would be like everything we do at IMD – in English.

The BSIS expert visitors helped us realise that while IMD works internationally and almost exclusively in English, the language of the canton in which our main campus is French, one of Switzerland’s four national languages.

Yes, we know, we knew that, but somehow, we had never realised how annoying our language policy must have been for local politicians.

The penny had never dropped.

It finally did when the expert visitors challenged us on it.

In January 2020, we released our BSIS findings in a 44-page Impact Report that was published in both English and French (Rapport d’Impact). The publication date coincided with the announcement by EFMD of the awarding of the BSIS label.

The report piqued the interest of several local stakeholders. One top Canton de Vaud official commented: “The BSIS project demonstrates the positive impact of IMD and the school’s integration into the Vaud economic fabric”.

During a recent meeting, the mayor of Lausanne expressed his pleasant surprise at the size of IMD’s local financial impact. He had simply no idea it was that high. Since then we have continued to take the language and the local connection lesson to heart and we have been communicating more of our research, thought leadership and campus news in French.

We are also working on a regular French language newsletter.

This is an important development because positive relations with various levels of governments and other local stakeholders are critical to IMD’s long-term aspirations in areas such as national accreditation, land use, fundraising and research support.

During a recent meeting, the mayor of Lausanne expressed his pleasant surprise at the size of IMD’s local financial impact. He had simply no idea it was that high. Since then we have continued to take the language and the local connection lesson to heart and we have been communicating more of our research, thought leadership and campus news in French.

One lesson of IMD’s BSIS experience is that in the balance between localisation and globalisation in business schools, it does not have to be one way or the other; it can be both.

International business schools, no matter how globally diverse their faculty, students and programmes, have numerous local interdependencies and are inherently local institutions.

At IMD our educational activities forge a path that draws from both the local ecosystem and from international diversity. Such an approach has been transformative for all participants — those from Switzerland and those from abroad.

Even as many face-to-face programmes have transitioned to remote learning during the COVID-19 crisis, we are still a “global meeting place” – just that the meeting place can also be on Canvas and Zoom.

The BSIS experience showed us that measuring and assessing one’s local impact can be a catalyst for fortifying local collaborations.

IMD’s BSIS experience has been unequivocally positive. We entered into this process with a few hopes, described at the start of this article, all  of which were fulfilled. The process also led us  to a few key realisations, which are already having a non-trivial impact on the way we approach some topics. In particular, it helped us to understand better the need to balance local and international impact.

We are grateful to Michel Kalika and his colleague on the review team Robert Galliers for their supportive challenges and insights. 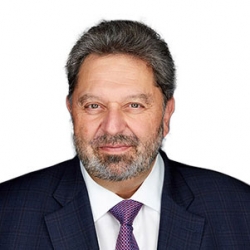 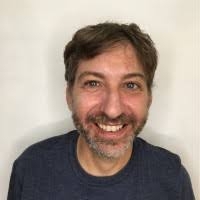 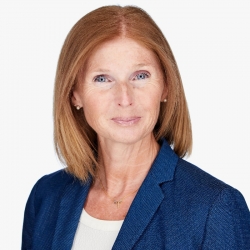