Never waste a good crisis: Going for the management moonshots

Richard Straub explains that extreme shocks can be the impetus for progress and a stimulus for accelerated innovation in management.

Discussing the 2022 conference theme after last year’s Drucker Forum in Vienna, it was possible to hope that recovery was around the corner. Even if the emergency was not yet over – Austria went into a second lockdown the day after the Forum ended – with the disease fading in intensity we could envisage the world returning to something like a new normal in the near future.

Despite terrible death tolls and untold suffering to many, business had come through the worst of the pandemic in relatively good shape. A paradox of crisis: along with damage and destruction it can also act as an engine of progress and a powerful stimulus for accelerated innovation. Covid-19 was no exception. The development and delivery of RNA messenger vaccines and subsequent new treatments were the most conspicuous example in the scientific field. In business, the enforced experiment of “Working from Home” (WFH) spurred notable advances in communications technology and turned out to have unexpected commercial benefits in its own right. It opened the door to enhanced global communication and cooperation capabilities in a way we haven’t seen before. Overall, defying expectation, the remarkable thing was not the number of businesses that collapsed under the Covid-19 pressures but the high levels of resilience and ingenuity through which the majority survived. We were on the ground of proven management knowledge and practice, and that ground had just about held up under the strain.

But that was then. Barely five months later, rather than repairing the damage of Covid-19 and consolidating recovery, we are urgently confronting another reality entirely: a new emergency of daunting proportions that exacerbates the existing issues such as environmental and refugee crises and supply chain disruption and adds grave new ones of its own: inflation spiralling out of control, food insecurity threatening 44 million people in 38 countries with famine, according to the World Food Programme, and energy-related sanctions that might bring part of the European industry to a standstill.

All this adds up to a maelstrom unprecedented in more than half a century – putting “performance that matters”, the 2022 Drucker Forum theme, in a fresh and unforgiving light. Can we manage our way through it as we did with Covid-19? Or do we not only need to rethink our practices to achieve collective performance under extreme conditions but also accelerate the transformation of the discipline of management itself? Drucker was always adamant that it is the quality of management that enables well-functioning institutions and organisations to fulfil their mission and thus make society tick.

Anchored in the real world 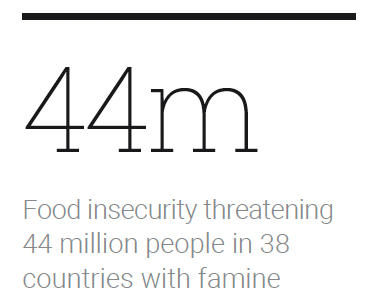 Covid-19 and the conflict in Ukraine are causing a rapid reassessment of the traditional tradeoffs – notably the privileging of economic efficiency at the price of resilience, security of supply, strategic dependence and sometimes human rights – that have underpinned the era of globalisation that is now put in question. Norms and behaviours that have locked in place management practices devised for the industrial age are belatedly being questioned. As this suggests, we will have to change our basic assumptions for the way we run our organisations and institutions, and the reassessment will have to take place at all levels – politics, public sector, private, non-profits and NGOs. All this while optimising existing tools of management and developing new ones to meet evolving emergencies and essential needs with maximum effectiveness. In contrast to other disciplines such as economics and sociology, management has the immense advantage of being anchored in the real world and having continuous sensors to the economic, social and human reality on the ground. Data and technology are of limited value here, with their inherent grounding in the past. Seeing every day “the future that has already arrived”, as Drucker put it, detecting the weak signals and drawing conclusions across various disciplines is a deeply analogue and human activity that cannot be matched by any AI-based digital system.

Many aspects of this new kind of management have been discussed in past Drucker Forums. There is no simple answer – there are many indications of the direction it might go. Two examples should illustrate this.

The first, in a session on “Decision-making under conditions of uncertainty” last year, was a clarion call to transform management from a technology of control and limitation of uncertainty to one that actively embraced it as the prime justification and opportunity for entrepreneurship and wealth creation: in other words, for management itself. The attempt to manage radical uncertainty probabilistically is not just vain – fake scientific management – panellists argued: it is an addiction that has led to “extreme short-termism” and actually increased risk, as in the assumptions that enabled the Global Financial Crisis in 2008.

Even worse, it has disabled organisations and companies from doing what is most needed from them: using their collective ability to think imaginatively, creatively and long term about the most important problems facing the world in the way that real scientific institutions at their best do. ‘Probably 99% of our teaching is about avoiding uncertainty, meaning avoiding life, basically. So, this craving for certainty is destroying our ability to create new things,’ said panellist Philipe Silberzahn.

Opening management up to uncertainty and risk would dramatically enlarge its purview and ambition, to better correspond with the magnitude of the crises currently besetting the world. How to make it work on the ground, and the kind of organisation able to meet and thrive on today’s conditions had been the subject of another Global Peter Drucker Forum plenary, in 2020, this time on what the military demands of its leaders – the second example. 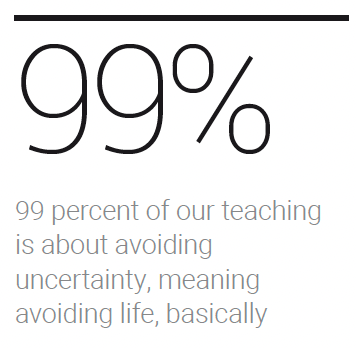 The context described was Iraq, the need to combat the deadly threat of IS. To do so, an elite counter-terrorist organisation trained in centralised operations was obliged to reconfigure itself almost overnight as its opposite: a radically decentralised operation where local units were empowered to interpret the central mission according to conditions on the ground. This entailed “radical transparency of information” enabled by common purpose and trust and an intensive tech-enabled communications exercise that was subsequently extended to partners and other agencies, an ecosystem of 7,500 people in all. There is no preparation for such a transformation: no leader knows what the next war will look like, explained panellist General Stanley McChrystal. When conflict starts, he or she must gather information at pace before acting to transform doctrine, routines and cultures instantaneously across the entire organisation. ‘You can’t do that top-down,’ said McChrystal. ‘You have to create an organisation that as soon as it gets data saying what we found is not what we expected, knows it must change to match.’ There’s no option but to train people for that, he added: ‘it’s just going to happen that way’.

Summing up, Prof Rita McGrath drew the portrait of a new kind of agile organisation based around change as the accepted norm, discovery-based leadership in constant touch with edges of the organisation, the ability to shuffle and repurpose resources at speed and scale, proficiency of innovation and employment agility, increasingly recruiting talent for “tours of duty” rather than a single arc of career or speciality.

Taking management to a higher level

Analysis is right to warn of the existential threat posed by the intertwined crises that we are now living through. Yet as in the case of the pandemic, we should not and must not pass up the unique opportunity this break-point offers to elevate management, as one of the most important social capabilities developed by humankind, to a new level – aiming for “management moonshot”, as Gary Hamel put it in his 2009 HBR article. Instead of shrinking from uncertainty, let’s use the extreme external shocks we are experiencing as the impetus for scaling up the promising practices that have been developed during the last decades, but which have been left as niche implementations. Management innovation will be required at all levels – not only in the private sphere, but in the public sector and across the whole of civil society. As Drucker always reminded us, we have to learn from the art of war to choose the right battles and the right allies to fight them with, based on shared values – otherwise, management just becomes a tool for ideologists and technocrats to implement efficiently what shouldn’t be done at all. Management and the value it delivers is thus far more than an exercise in utility: it becomes a moral and social endeavour, one that matters now more than ever.