Improvisation for resilience in times of change: Lessons from jazz

Kyriakos Kyriakopoulos looks at how business leaders can take cues from jazz to enable improvisation in challenging times.

The ongoing pandemic has been a catalyst of change for companies, business schools and society at large, like no other force in the recent past. Improvisation has emerged as a critical capability in responding swiftly to the pandemic. In a matter of days and weeks, the workforce switched to virtual work, retail companies introduced e-commerce, factories re-oriented their production mix to highly demanded masks and respiratory systems, B2B companies began to sell to end-users directly, health systems expanded massively their ICU infrastructure and education switched to online delivery. In all these instances, organisations managed to devise novel strategies and responses in real-time without the benefit of prior, formal planning.

Improvisation has been studied in various strands of social science as a critical organisational competence in dealing with disasters, crises, and urgent situations. From the dramatic rescue operations after the leakage of radioactive material from the Fukushima nuclear plant caused by a devastating earthquake and tsunami in 2011, the audacious landing of a US Airways aeroplane by Captain Sully on the Hudson River in New York in 2009 to the epic struggle for survival of British adventurer, Sir Ernest Shackleton following a shipwreck in Antarctica in 1915, survival in these urgent contexts called for prompt response with no time for analysis or proper resource planning. To survive in time-constrained and life-threatening conditions, organisations need to relax their addiction to formal planning, thorough analysis and risk aversion. Instead, they need to be vigilant and spontaneous, take small steps to probe the market, and adapt in real-time at the very moment the future is unfolding.

This principle of semi-autonomy has been long exemplified by business practices such as 3M’s mantra, “it’s better to ask forgiveness than ask permission”, according to management folklore.

Organisations that begin improvising are akin to jazz bands that stand up before the audience with no prescribed idea of what to play. While improv skills evoke the idea of inspiration from the muse, they are not strictly innate skills. In fact, one should not underestimate the fact that jazz musicians rely on long training, experience and deep expertise to be able to improvise. The vast repertoire of melodies, harmonies, songs and mastering of instrumentation distinguishes virtuoso jazz players; this vast repertoire of knowledge and experience provides them with the material to rework ideas in real-time to produce something fresh while playing live. And, counterintuitively, jazz also requires discipline and structure. Jazz band members are bound together by a shared commitment to take risks, they pride themselves on not repeating their music; they also share music knowledge as well as codes of instantaneous coordination to avoid confusion and disarray. The field of arts may seem miles away from the world of business with the former thriving on surprise and uniqueness while the latter prides itself on being efficient and predictable. Yet, business leaders can take cues from jazz and cultivate the following conditions to enable improvisation in their organisations:

The ongoing pandemic has made painfully clear that the new normal will feature crises more frequently and therefore organisations and individuals alike need to invest in skills required to survive and thrive on surprises. Though organisations are addicted to reliability, routines, formal planning and control, our well-being will increasingly rest on disciplined spontaneity, fast learning from smart failures and agile execution through minimal structures.

As the jazz metaphor of organisations begins to emerge, so too does the question of how business schools could adapt management education. In its most popular form, the MBA has gained wide recognition amongst aspiring managers over the last decades and has become a staple for thousands of universities around the world. Much of the MBA’s prominence has been predicated on the technical proficiency and scientific approach the qualification has brought to the practice of management. MBA education is questioned, however, for its preoccupation with cognitive pedagogy ignoring field experience and common sense. This is not a surprise given that the dominant paradigm of MBA stresses theoretical models and great analysis at the expense of action.

Still, business schools can do more to stimulate students’ willingness to work with surprises, forego the certainty of plans, and instead find comfort in working with minimal structures in order to allow themselves to become immersed in ongoing events. Such willingness requires cultivating their competence in active listening, coordinating students around a sense of purpose and values as well as feedback from their actions or even occasional setbacks without losing their tempo. It is not however just about skills; it is more than skills. This more is about daring to move out of the comfort zone of a typical MBA business curriculum and drawing from non-business fields such as humanities, philosophy and arts to foster active, immersive, performative experience in business education. In Alba’s Executive MBA, innovation in the curriculum required us to rethink pedagogy not only as a cognitive process but also as an immersive, expressive activity. For example, we believe business leaders can benefit from observing how jazz bands struggle to remain fresh, be spontaneous and push their boundaries in quick-tempo and risk-fraught situations. To that end, in our class (outside a typical classroom) on Strategy and Jazz improvisation, with the input of jazz musicians, we explore how jazz bands deal with these challenges in their effort to create music on the spot. What comes out, in the end, is a heightened appreciation of strikingly converging themes between jazz and business around cooperation, competence, creativity, resilience, and leadership in urgent, high-velocity contexts.

The growing acceptance of the jazz improvisation metaphor in management is symptomatic of the increasing awe with which business leaders approach discontinuities, surprises, and conflicting demands as traditional organisational forms seem grossly inadequate to cope with these challenges. Though fraught with risks and imperfection, for which there is typically little tolerance in business, the appeal of improvisation in business education lies in its reminder that leadership after all is performance art and not just a technique. Something which business schools should start to take seriously as they prepare leaders in highly volatile environments. 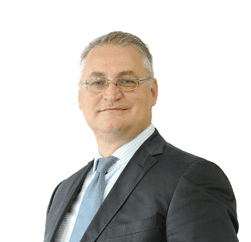