How can museums reinvent themselves and become drivers of urban revitalisation?

– FINALIST OF THE 2020 EXCELLENCE IN PRACTICE AWARDS –

The main question faced by a museum today is how to transform from an institution for the conservation of heritage into an inclusive space that combines a variety of resources with the ability to nurture resilient and entrepreneurial communities, exert positive social impact and provide unique knowledge and experience that protects and promotes regional identity.

The educational initiative “Museum: The Power of Place” was aimed at helping Russia’s regional museums unlock the potential of such transformation, provide the necessary tools and support from municipalities, as well as show the possible positive long-term economic effect on cities.

Museum as a driver for local sustainable development

Many regional centres in Russia have inherited the results of Soviet unified, industry-oriented urban development policies. They lack their own individual design and miss a unique local identity that would help them stand out and become a driving force for development.

Considering the enormous distance between Russian cities, and the fact that many are located in completely different historical and climatic regions, treating local cultural legacy in such a homogeneous way has led to extremely negative consequences, such as rapid loss of the historical, architectural and cultural appearance of the city and the poor integration of distinct urban cultural policies.

Museums, while being cultural organistions with a long and high-impact history, are today being forced to redefine themselves in a rapidly changing sociocultural and economic situation.

The fundamental purpose of change in this sector is not just to survive and increase attendance but rather to re-invent the museum as an essential and relevant centre of cultural, social and economic development in its region and for its constituencies.

The purpose of the educational programme: “Museum: The Power of Place” was to develop the necessary skill-sets for museum leaders that are vital for the implementation of pioneering projects at the intersection between museum activities and territory development—the so-called “cultural revitalisation initiatives”.

It is a cross-disciplinary programme designed to bridge the gap between territories, communities and cultural organisations by incubating a new generation of museum projects contributing to the cultural, social and spatial revitalisation of cities and regions.

The Foundation, as an initiator of systematic sustainable changes in the cultural field of Russia, has been an active participant in these efforts to assist Russian museums. The goal of the Foundations’ activities in this field is to provide long-term support for museums as drivers of local socio-economic development.

“The Power of Place” was first presented at the Krasnoyarsk Economic Forum in 2018. Its first stage comprised research conducted by the Moscow School of Social and Economic Sciences, which revealed some of the Russian cities that had the highest potential for development through cultural means. The participating territories were then determined.

The next stage was a “foresight session” held by SKOLKOVO, which brought together 96 representatives of regional institutions from 21 Russian cities and helped analyse the surrounding museum environment, frame key challenges and propose the paths for the optimal development of a modern museum. The results of the foresight session later laid the groundwork for the educational programme design.

Employing a three-step selection system, 10 museums from 10 regional centres were chosen. During the last stage of the selection process,
one of the basic criteria for being accepted to the programme was the ability of the museum industry leader to find collaborators from other urban projects interested in the cultural revitalization of the city. The finalists were personalities ready to solve the current issues of the territory through cultural instruments, which formed 10 teams consisting of museum representatives and urban cultural leaders. The teams were supported by the Foundation on a competitive basis and successfully completed their studies in June 2019.

The first part of the programme focused on moving from the specific to the abstract, from the specific situation of the museum to wider city issues, from those issues to goals and objectives, and finally from the set goals to tangible results.

The second part of the programme was dedicated to reversing the museum’s “path” from the abstract to the concrete, from results to the implementation of a resource plan and acquiring value for specific stakeholders, as well as to the design project presented to the expert council during the final presentation.

The working hypothesis was the following: cultural organisations are an underutilised asset of urban development that can be mobilized through an ‘unpacking’ process of the detached museum complexes. This would enhance their participation in the life of the city, vitalising and revitalising both specific entities as well as the entire urban space.

This is why the SKOLKOVO-created approach to project work was chosen. The essence of the ‘SKOLKOVO Method’ is that an appropriate educational environment must be fostered
to support group work. The aim of the project work was to create leadership projects at the intersection of museum activity and territorial development. Thus, the teams’ final product was dubbed a “cultural-urban project”, highlighting the main project element.

The winners were diverse projects addressing a wide range of urban issues—from preserving the heritage to finding a new identity for a city. These winning projects are all united by their focus on strengthening the horizontal ties between museums and socially oriented partners in their regions to create sustainable positive change. In this scenario, museums go beyond their usual scope and can evaluate real problems and offer unique solutions.

Due to the high potential of the projects, it was decided to increase the overall grant fund from 45 to 57 million roubles to support the maximum number of participants. The funds were granted to the winning teams for a three-year term, while the project implementation is being closely monitored. With the grant, the teams plan to attract new partners, including creative laboratories, educational and scientific institutions. 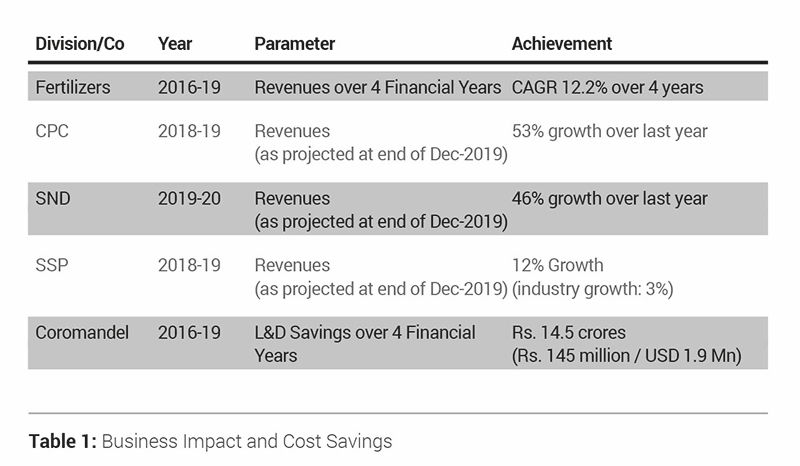 The joint experiences of the Foundation, the SKOLKOVO project team and regional museum-city teams participating in the “Museum: The Power of Place” initiative is showing how local cultural potential and social activism can be converted into community-wide impact. Carefully designed and results-oriented modules that utilise educational experience supported by philanthropic assets made this programme truly unique.

As has already been demonstrated by the interest from the individual museums, regional authorities and patrons of cultural institutions, there are opportunities for transforming this experience into a wider educational offering for a significant portion of the country’s more than 2,500 public, corporate and private museums, employing more than 76,000 people and able to touch the lives of millions of their constituents. By doing so, SKOLKOVO continues its commitment to high social impact and sustainable entrepreneurship and development.

In the spring of 2020, due to the global spread of Covid-19 pandemic, the Foundation undertook additional obligations to extend the implementation term, as well as to increase the grant funding by 10%. Moreover, it was decided to allow the reallocation of the project grant budget between the already approved items and new items to provide flexibility and ensure increased project viability in a time of a serious crisis. This approach illustrates a common value orientation towards actual qualitative changes in the city’s development and cultural institutions.

💻 Join us on 14 December at 15:00 CET for a free EOCCS Community Webinar called "The new normal – how schools are embedding COVID-19 digital lessons".

And who should open the #EFMD Masters conference in Nottingham, the city of rebels? Why not Robin Hood? Perfect for a theme encompassing disrupters.