Peter Lee discusses decision making when lives are on the line

Is it ever right to kill or to let someone die? These are questions I have wrestled with over the past two decades and philosophers have argued about for millennia.

For most of that time, I was safely tucked away in a lecture theatre, indulging myself and my students – some military, some civilian – as we discussed impossible choices and how to make them. Cold, calm judgements in the making. At least in theory.

It is easy to be an expert in hypothetical situations where there is no physical, mental

or ethical risk. When there is no emotional engagement, no psychological bias, no adrenaline surge and no gut-wrenching anxiety to distort rational thinking. As a result, there are no actual, real-world consequences and therefore no psychological harm or guilt. No sleepless nights as my choices replay on a loop in my head.

As an ethicist, I am interested in how we make decisions, in any field, but especially under sufficient pressure to induce intense psychological and physiological responses.

I thought I understood ethical choices and making difficult decisions until I joined three military drone crew members as they flew a Reaper MQ-9 mission over Syria against ISIS. I watched as they calmly discussed the most effective way to kill the six people on the screens in front of us, using either a 100-pound Hellfire missile or a 500-pound laser-guided bomb.

The consequences of their choices were discussed in detail. Life or death was calculated in the geometry of attack angles and blast radius. Simple arithmetic – counting the dead – followed after the bomb strike, as the bodies were taken away for burial.

I wrote about the experiences of these Reaper operators. Common themes emerged around the things they witnessed and the decisions they made: who to kill; when not to shoot; the impact of their choices on themselves and on distant enemies.

I thought I understood ethical choices and making difficult decisions until I joined three military drone crew members as they flew a Reaper MQ-9 mission over Syria against ISIS. I watched as they calmly discussed the most effective way to kill the six people on the screens in front of us, using either a 100-pound Hellfire missile or a 500-pound laser-guided bomb.

Physical and psychological challenges facing the operators included but were not limited to: inbuilt bias in the face of uncertainty; cognitive dissonance, where the brain experiences simultaneous but contradictory information or values; ethical dilemmas; and mental harms brought on by witnessing extreme violence and deaths that they were powerless to stop.

At the beginning of 2020, these ethical, psychological and practical aspects of life-or-death decision making by military drone operators seemed impossibly distant from the experiences of wider society. Then COVID-19 arrived and the world changed in a few weeks. Life-or-death decisions are played out daily on television screens and in news reports.

Four factors from the life-or-death decisions of military drone operators illustrate the current and future challenges facing those leading the response to the COVID-19 pandemic: bias; dissonance; ethics; and moral injury.

Israeli-American academics Amos Tversky and Daniel Kahneman have shown how bias in the way people imagine the unknown shapes our perception of risk:
The risk involved in an adventurous expedition, for example, is evaluated by imagining contingencies with which the expedition is not equipped to cope. If many such difficulties are vividly portrayed, the expedition can be made to appear exceedingly dangerous. Conversely, the risk involved in an undertaking may be grossly underestimated if some possible dangers are either difficult to conceive or simply do not come to mind.

Despite data being shared around the world by government scientific experts, the differing experiences of Trump and Conte, and the experiences of their respective countries at that point, informed their perception of the risk. Italy’s experience was more severe by that date and the US was still relatively unscathed. Their understanding and future expectations would also be informed by in-built bias rooted in what they hoped would happen.

A Reaper drone operator can spend months or years tracking down enemy vehicle-mounted rocket launchers. She would also have to overcome bias to avoid wrongly identifying water pipes on the back of a plumber’s truck as a weapon system, then blowing it up.

And if I just made you feel uncomfortable with my use of “she” to describe the person who controls a missile onto its target, then you have just experienced your own bias.

Cognitive dissonance occurs when the brain struggles to cope with two simultaneous, strong and contradictory messages or values. At the moment when it happens, it can be confusing or disorienting. When sustained over a long period it can be psychologically harmful.

In the COVID-19 response examples of such dissonance can be found at every level of society and decision-making.

At the time of writing (early April 2020), global death rates are currently climbing, health services are being overwhelmed, and medical staff experience cognitive dissonance every day. For example, doctors, nurses and others are risking their own health – and lives – because of a strong desire to treat and cure sick and vulnerable patients, all underpinned by core values such as protectiveness, caring and empathy.

However, those instincts are set against shortages of intensive care equipment and no medicine, as yet, to cure a severe COVID-19 infection. A doctor describes what it is like to save lives by deciding who to let die:

Now I am forced to play God. A sweet lady in her 80s is struggling to breathe with the [continuous positive airway pressure] machine. There is nothing I can do to help her – and because of her pre-existing conditions and age, she is simply not a candidate to take to intensive care. Sounds callous, doesn’t it? But there are 11 people elsewhere in desperate need of her mask.

At the governmental level, presidents, prime ministers and ministers must decide on what policy to enact and when. Leaders whose first responsibility is to the safety and wellbeing of the people of their country must decide how many to let die.

On scientific advice, should they adopt response Model A, which might result in a short-term spike in deaths but an overall lower number? Or enact Model B, which will lead to more deaths but spread over a longer time so that the healthcare system is not overwhelmed? People will die either way.

It is not difficult to find ethical dilemmas in the COVID-19 response. All of these choices about who to treat and who to let die require ethical judgement. But in extreme situations, the usefulness of standard written codes can reach their limits. For example, the UK General Medical Council ethical advice to doctors states:

If a patient is not receiving basic care to meet their needs, you must immediately tell someone who is in a position to act straight away.

That guidance doesn’t help a doctor when there is insufficient trained medical staff, intensive care beds and essential equipment in their hospital, city, region or even country. There is still a code-based ethical obligation upon them to meet the needs of their patients but one they cannot always fulfil.

Powerlessly witnessing actions and events that contradict an individual’s moral values can have a similar, mentally traumatising outcome. Although moral injury was originally associated with military personnel, it can be seen in the situations faced by COVID-19 medical staff.

So another option is to make judgements on anticipated outcomes – a consequence-based ethic. Who is most likely to survive? Social norms, like giving equal value to the lives of the elderly and the young, might be put aside in the COVID-19 context. In that situation, the young tend to be prioritised. Doctors and nurses then have to live with those decisions about who to let die.

When individuals are called upon to repeatedly act in ways that violate their core moral values, moral injury can result. William Nash and his colleagues define it as

Powerlessly witnessing actions and events that contradict an individual’s moral values can have a similar, mentally traumatising outcome. Although the moral injury was originally associated with military personnel, it can be seen in the situations faced by COVID-19 medical staff.

The elderly patient mentioned above went on to die and the doctor has to live with her decision:

I call her daughter. She is understanding. She doesn’t say much. But no one wants to be told on the phone that a hospital is going to leave their mother to die. ‘Will she be comfortable?’ was her first response. In truth, it’s hard to be comfortable when dying with COVID-19 . I eventually get out at 11 pm and walk into London’s empty, dead streets – I don’t think I’ve ever felt so alone.

These words are a warning and a reminder for those who have to take terrible, painful decisions in uncertain situations. Regardless of your training or education, you will ultimately be alone to make the big calls. Then you will have to live with those decisions. 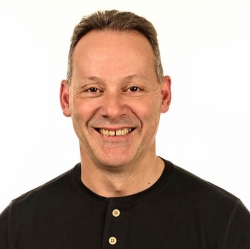 Peter Lee
Dr Peter Lee is Professor of Applied Ethics, Director, Security and Risk Research and Innovation at the University of Portsmouth, Portsmouth, UK. He is author of Reaper Force: Inside Britain's Drone Wars