– GOLD WINNER OF THE 2017 EXCELLENCE IN PRACTICE AWARDS –

How do you turn one of the world’s oldest and largest telecommunications companies into an agile, innovative, customer-focused digital services provider? Even more daunting, how do you align 13 autonomous business units spread across Europe and Asia to deliver this new approach – and create a culture of innovation among 36,000 employees?

These were the twin challenges facing Norway’s Telenor Group when, in 2015, it decided to embrace a digital transformation strategy to help it become more engaged with its customers and better able to cope with rapid and continuous change.

Telenor had reinvented itself before. The one-time state monopoly had survived the upheavals of privatisation, deregulation and globalisation. But now, as Susanne Hoffmann, Head of Strategic Leadership Development, put it: “The challenge was to get the supertanker to sail in a new direction once again”.

Telenor had grown rapidly over the previous 20 years, expanding into new country markets through organic growth and a series of acquisitions. As Norway’s former state telecoms monopoly, it still dominated its domestic market in fixed telephony and broadband but its worldwide expansion had focused on mobile telecoms.

As a result, even though Telenor’s various companies across the world were all in the same business, they operated in such diverse cultures with such different corporate histories that they remained fairly autonomous. How could the group’s leadership team unite such disparate business units behind a single strategy of digital innovation?

At the same time, Telenor’s senior leaders sensed a mismatch between the new strategy and the culture of the organisation that was supposed to deliver it. A key word in its transformation strategy document was “ambidexterity”, which referred to the goal of having a workforce that was both efficient and innovative, striking the right balance between the two. But while business performance was not giving cause for concern, the enterprise seemed low on dynamism and innovation.

For Telenor to successfully execute its digital transformation strategy, it also had to create a culture of innovation within the organisation. Not only that, the culture had to be cascaded down throughout all business units and across the group globally.

Collaboration with the experts

One of Telenor’s solutions was to approach INSEAD, a business school with campuses in France and Asia, and Professor Nathan Furr, co-author of the bestselling The Innovator’s Method: Bringing the Lean Start-up into Your Organization, and a world expert in corporate entrepreneurship. Together, INSEAD, Furr and Telenor’s executive development team devised an ingenious combination of on-campus and online learning programmes for the organisation’s managers, held throughout 2016.

As “The Business School for the World” – with its particular strengths in Europe and Asia – INSEAD was the perfect match for Telenor’s geographical profile.

It also helped that Furr had already taught a programme for Telenor employees at INSEAD and had subsequently been invited to give a speech to senior executives. He knew the challenges the organisation was facing and his ideas had resonated strongly.

Customised learning Telenor began by setting out clear learning objectives for its managers. These were:

In response, Furr and the Telenor team worked with Dr Chengyi Lin, Global Director of Online Programmes and Innovations at INSEAD, to devise not one single programme but a series of interlinked initiatives.

They developed one four-day face-to-face programme for senior executives, which was delivered to five groups at INSEAD’s Asia and Europe campuses in five iterations between May and September 2015. The programme immersed 180 of Telenor’s C-suite executives in the tools and concepts of Furr’s “Innovator’s Method”.

After that, the learning was cascaded down to some 1,200 employees in the next management level through a distance learning programme inspired by the dynamic techniques of MOOCs (Massive Open Online Courses). INSEAD’s unique approach to online learning ensured the programme was customised to Telenor’s specific challenges and personalised through interaction with INSEAD faculty members.

In practice, this meant that cohorts completed four modules, each lasting a week. Each three hour module was divided into “bite-sized” chunks that a busy manager could fit into his or her hectic schedule. However, everyone in the cohort was expected to complete their module by the end of the same week. This meant they could move forward as a single worldwide class, exchanging ideas and supporting each other in real time on global social media–style forums. Furr was also available to answer their questions.

The clever twist in INSEAD’s approach to designing the initial face-to-face programme was that it did not just teach the Innovator’s Method but also put it into practice.

Devised by Furr and his co-author Jeff Dyer, this method provides a set of tools based on design thinking, agile software development and business model innovation – all proven techniques for managing uncertainty.

The two key elements are:

Accordingly, INSEAD’s face-to-face programme began as a prototype and evolved rapidly during each of the five sessions. Each cohort of senior leaders worked on a project in class, designing and testing their own “rapid prototype”. Moreover, during the final day on campus, the groups “rapid-prototyped” the online programme for middle managers, creating a genuinely live case study that followed the Innovator’s Method.

“We made quite a lot of changes during the second and third sessions,” reflects Furr. “For example, we discovered that we had to consolidate the learning before we moved on to strategy execution. We also realised that some of the concepts I was using distracted people. And we came up with some powerful new ideas, like becoming the ‘chief experimenter’ rather than the ‘boss’.”

By the end of the third session, the changes had become minor tweaks. “The process was amazing,” says Telenor’s group-wide head of learning and development, Joakim Slørstad. “It’s a rare example of true co-creation. I’ve worked on many executive development programmes with several business schools and there’s usually an element of ‘Lego blocks’: putting together things the business school has done before and customising them slightly. Here, we started with a blank piece of paper.”

By early March 2017, the on-campus programme had reached all of Telenor’s Group and Business Unit senior executives. “We had quite a few suspicious learners in the initial two groups,” says Hoffmann. “But they were all convinced by the end.”

Indeed, 85% of successful online participants said they would recommend the experience to others: an extremely high net promoter score for any product or service.

True to the spirit of the Innovator’s Method, INSEAD has made additional small adjustments to the online programme, which it will roll out to a third and fourth class later this year. That will add a further 1,400 learners to the 1,228 who first completed it in 2016.

By the autumn of 2017, when a further two online cohorts are planned, more than 4,000 of Telenor’s managers worldwide will have completed the programme.

Fit for the future

So how effective has the programme been? For one thing, the key ideas of the Innovator’s Method have entered Telenor’s corporate mentality, from rapid prototyping to red and blue thinking. “One of our top marketing executives told me that his job has become easier because everyone who reports to him understands that there’s a new way of thinking in Telenor,” says Slørstad

Most learners agree. “It’s the best online class on any subject I’ve ever attended – almost like being there in person,” said one. “Two years from now, I’m sure we’ll look back and agree that this class was the turning point for Telenor in the execution of our global turnaround.” 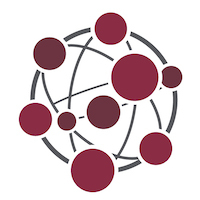