Reducing the carbon footprint of a modern-day university, by Debdutta Choudhury.

Earth’s atmosphere has become very sensitive to carbon dioxide and other greenhouse gases. It is estimated that the earth is already 1.1 degrees Celsius warmer than in the 1800s and a further rise would have a catastrophic impact on the climate. In the Paris Agreement on climate change, most major economies of the world and also several large corporations agreed for temperature rise to be limited to 1.5 degrees Celsius above pre-industrialised levels. It was agreed that greenhouse gas emissions would be brought to net-zero by 2050.

In the Times Higher Education Global Impact Forum in October 2021, 1,050 universities worldwide made a pledge to become net zero or net positive by 2050. This involves a commitment to increase the usage of renewable energy, water conservation and the reduction of fossil fuel usage, amongst other things.

Universities worldwide, that are yet to make a formal pledge, need to be aware of the implications of this net-zero movement. As intellectual leaders in society, universities should show the way for the best possible green and sustainable practices.

Universities need to take the triple bottom line approach that fulfils economic goals with environmental goals. Recent research shows that sustainability remains in the early stages of development, (Xiaong & Mock, 2020). Institutions either work on a top-down centralised policy or a bottom-up decentralised policy in sustainability practices and the optimal model for sustainability implementation is yet to be arrived at.

Universities are seats of learning and therefore have the primary responsibility to teach and educate on sustainability practices to students and the general public. Chaudhary & Dey, 2021, posits that quality in education has a positive impact on the perception of sustainability practices, which can predict student satisfaction.

As intellectual leaders in society, universities should show the way for the best possible green and sustainable practices.

Many universities with large campuses have significant tree cover and enough flora and fauna to serve as laboratories of urban forestry, sustainability and green practices. Universities may partner with students to manage and enhance the flora and fauna and this also increases the environmental sensitivity of the young generation.

Other popular green practices include restricting the use of fossil fuel vehicles, using solar energy, waste management and water management. However, changing attitudes and behaviours will lead to a change in culture (Biswas & Dash, 2019).

Visva-Bharati University: The genesis of a green university

Founded by Nobel Prize laureate Gurudev Rabindranath Tagore at the turn of the 20th century, Visva-Bharati University is steeped in the ancient Indian Gurukul tradition. Many practices are wedded to the natural settings of the campus and reflect the moods of various seasons. Many classes are still held in the outdoors and expose the students to nature and its vagaries and make them united with the planet. There are festivals like Vasontosav (celebrating spring), Halakarshan (ploughing), and Poush Mela (winter) that celebrate changing moods, attires and seasonal foods. The students sing the songs of the season, perform plays and live and learn close to Mother Nature. This ethos is what makes this university unique.

A holistic model for sustainability

Biswas & Dash, 2019, proposes a holistic model for sustainable development on campus. Named SENSE – Social, Economic, Natural, Symbiotic Endeavour – this model proposes embedding sustainability, from vision and strategy flowing down to a set of activities. The model proposes best practices in water, waste and energy management, managing the natural environment, managing the built environment, education, empowerment and research. The model also calls for benchmarking at every level to measure progress against plans. Universities also need to collect feedback from various stakeholders and create a robust process for integrating the same.

There has been extensive research done on green practices in educational institutions. Wright, 2002, outlines the practice of signing national and international declarations. Velazquez et al, 2006, stated that environmental practices are limited to creating master plans. Watanabe et al, 2005, did an extensive survey on energy practices in Japan. Ferrer-Balas et al, 2008, measured the sustainable practices of seven universities based on the tridimensional Framework Level Actors (FLA) model. Lukman et al, 2009, conducted an environmental performance study at the University of Maribor on the lifecycle model. Ozawa-Meida et al, 2013, measured carbon footprints in UK universities. Extensive research and models have been proposed for creating green spaces with energy management features and the recommended practices have been adopted by many institutions. 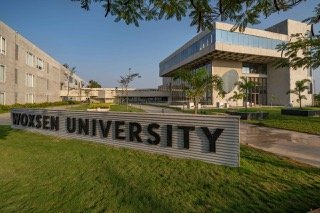 Being a vibrant young university of the 21st century, Woxsen University is gearing up for net-zero within the next decade. One major initiative is the restricted movement of fossil fuel vehicles within the campus. This reduces pollution and helps in the overall betterment of the campus experience. The University has also invested in solar energy and 25% of its energy requirement is met by the solar electricity generated in-house. The University also practices waste management, especially food waste, which they turn into manure and use in their vegetable garden. Wastewater is also recycled, for gardening and for making the campus green without disturbing the water table.

The University conducts training for more than 250 children in nearby villages on various life skills including sustainability practices. These practices are meant to enrich the lives of these children. Going forward, the University is moving towards a plastic-free campus and a zero paper office, using technology to administer its academic processes. Over the next decade, the University will also become completely energy self-sufficient, using solar power for its electricity consumption. 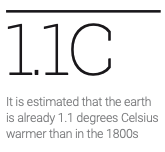 Universities are yet to figure out their share of responsibility in the net-zero movement. Still, sustainability practices are treated as good to have in the university discourse. Sustainability has to be included in their central thinking and processes, and deliverables should be created around sustainability so that universities reduce their carbon footprint.

One of the ways to implement this is to have an empowered champion for the cause. The champion would engage various stakeholders continuously through dialogues, events and awareness initiatives. This would create forward momentum in favour of the sustainability movement.

Governments also have a responsibility in this discourse. They may use the incentive-disincentive formula to bring all stakeholders in the education domain into a common forward momentum. The Indian accreditation body NAAC (National Assessment and Accreditation Council) has already earmarked several green practices wherein high compliance would be rewarded with better accreditation grades, government recognition and facilities.

An international ranking agency like QS (Quacquarelli Symonds) also rewards universities for green practices. Ethics, Responsibility and Sustainability (ERS) is one of the key pillars of EFMD, and institutions with robust sustainability practices can receive EFMD accreditation.

All the above efforts will hopefully lead to better awareness, communication and implementation of green practices to cut the carbon footprint in the higher education space. 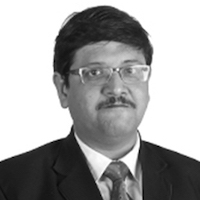 Latest posts by Debdutta Choudhury (see all)
Published on May 25, 2022 | sustainability