Adults learn from situations of immediate relevance to them; from utilising their experience and problem-oriented learning rather than from content-oriented teaching. Based on these adult-learning principles, grounded in neuroscience, CEDEP, an exclusive, executive education club, created and co-run by its member organisations, rethought and redesigned its flagship General Management Programme (GMP) several years ago. Teaching made room for learning; reflection replaced information overload, and participants’ Strategic Challenges (SCs) became the red thread through the leadership development programme.

Before coming to CEDEP each participant submits a one-page description of his/her current SC, a core strategic issue the participant or company is facing. Instead of working on finding solutions, the first module of the programme (P1) starts by asking participants to take several steps back. What is the “real” problem we are trying to solve? What is the ecosystem in which the challenge lives?

Answering these questions is important, as participants tend to focus on tackling symptoms rather than searching for root causes. Peers and professors challenge participants to broaden their view, to question the obvious and to unlearn flawed assumptions.

After this phase of divergence, participants set out to converge again by reframing, redefining and rewriting their challenges. Equipped with their redefined challenge, participants are then tasked to apply or experiment with lessons from P1 to drive their SC forward during the months in-between the two programme modules.

The second module (P2) starts with a reflection on the difficulties encountered and the progress made on the SC since the first module. Moving an SC forward is challenging and learning how to tackle such issues is the focus of the remainder of the module.

As in P1, participants are required to internalise course contents and apply them to their SC. Dedicated sessions push participants to reflect again on their SC, both individually as well as in small groups, and apply what they are learning. This whole journey encourages participants to develop essential leadership capabilities and provides tools and a process they can apply to similar challenges in the future. “The outcome of the specific SC is not what matters most. The SC creates a mindset, a philosophy for reflection. It is a tool that leads to change,” says one participant.

The success of integrating SCs into the GMP was far from obvious from the beginning. Though many participants saw the overall benefit of directly applying course content to their business context, execution was imperfect. Defined challenges were too broad and often outside a participant’s sphere of influence. Participants spent relatively little time defining and redefining them.

Many tended to jump to conclusions and solutions instead of first trying to understand the real problem. Furthermore, participants complained about limited applicability of course content to their SC, particularly in P1. Only 38% of the participants were satisfied with the progress they made during this module and only two submitted a redefined SC.

CEDEP then decided to practice what it preaches: to be agile and travel the journey of continuous improvement. Programme team developed a questionnaire to keep track of the state of the SCs and reinforce the link with the programme. For the first cohort, this yielded a list of 17 concrete actions.

Sessions were moved or replaced to ensure a better fit with the “divergence – convergence – moving forward journey”. Time slots for reflection and discussion were included. Interviews before the start of the GMP made participants and their superiors aware of the importance of a well-defined SC and provided guidance. Peer groups consisting of participants with similar challenges were introduced to improve feedback.

Satisfaction with the progress during the first module rose to 95% among the cohort that followed. Perceived applicability of course content rose by 26%. Appreciation of peer group work increased by 28%, and SCs were better defined on arrival. Moreover, 14 participants submitted redefined SC.

Though this proved that the GMP was on the right track, feedback also showed the process to be far from finished. Whereas the ultimate objective is to provide the tools and a process to tackle business challenges in the VUCA world, SCs were too often positioned and perceived as a specific problem to be solved.

Moreover, the connection between programme content and SCs was somewhat lost in P2. Communication about the SCs prior to this module was weak. Participants, therefore, made few preparatory efforts.

Faculty were also reported to put too little effort into linking content to the SCs of the participants and there was still not enough time for reflection and discussion. Consequently, difficulties with applying contents to SCs persisted and participants remained overwhelmed with the number of new inputs.

A list of 15 concrete action points followed. More time for reflection and discussion was integrated into the second module. Communication about the role and objectives of SCs as well as their link with programme content improved.

The GMP director and faculty team started visualising the programme. A simple drawing was used to depict the transformation journey as well as the role of each programme element therein. Faculty were asked to continuously remind participants of their position in the picture and how the current subject would help them move forward on their journey.

These actions had their intended effects. Participants understood the role of the SC in the programme much better and shifted their focus from solving a problem to acquiring an approach to problem-solving.

Satisfaction with the progress made on the SCs during the second module increased from 40% to 75%. Scheduled Buddy Calls between modules were adhered to by 79% of participants and peer group work appreciation increased by 23%.

Satisfaction with progress between both modules also increased. Most notably the extra time for reflection substantially boosted learning. Though the quantity of formal content decreased, what remained substantially gained value – less turned out to be more.

Not all proposed actions had their intended effects. In contrast, some were outright counterproductive. Yet, daring to experiment, soliciting rigorous feedback and willingness to change drove the success of the new programme design.

One such experiment was to make the definition of an SC the co-responsibility of a participant and his/her manager. This replaced the guidance and follow-up provided by CEDEP prior to the first module. The change created buy-in from the manager and pressure to take the SC seriously. However, the consequence was that many SCs were either too broad and outside the participant’s sphere of influence or too close to business as usual and therefore insufficiently stretching.

This process of reflection and action is still ongoing. Evaluation of the last cohort again yielded 13 action points. For example, to further improve the continuation of the journey between both modules, participants are now tasked to write a “new script” – a narrative of their SC that integrates learnings from the first module – to be shared with their superiors and team.

Feedback shows this process is working out well.

Today, more than ever, the GMP is CEDEP’s flagship programme for senior executives. It has become a programme that strikes a delicate balance between being directive and letting participants discover things. The GMP is well-aligned with how adults learn and equip them to face future strategic challenges. Finally, it is a programme that provides them with the leadership skills needed to manage their teams and collaborate with others in order to get things done in a dynamically changing environment.

Adults learn by experience, and exploiting this principle requires executive education to be agile. Participants face rapidly changing environments and so does executive education. The GMP, therefore, needs to continuously evolve, not only during the programme itself but most certainly across programme cohorts. Sensitivity towards participants’ needs and flexibility to react have been key competencies driving the transformation and will remain crucial in the foreseeable future. 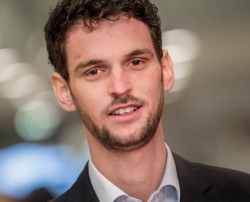 Anne S. Tsui, Mary Jo Bitner and @snetesin believe that without a substantial infusion of science-based knowledge, #businessschool curricula and #businesseducation will continue to fail in meeting the needs of a changing world.