Apply liberally: Towards a model of liberal management education

Howard Thomas argues the case for integrating the liberal arts into management education so that the existing curricula emphasis on technological and analytical acumen is balanced with skills of critical thinking and ethical intelligence necessary for managerial judgment.

Undergraduate courses in business are the largest majors in both the UK and the US (and probably globally) and arguably have much more significance in the education of future managers than post-graduate programmes.

My starting point is the Carnegie Foundation Programme Report, written in 2011, admittedly from a US perspective, which called for a radical rethinking of undergraduate management education.

The agenda of management education has been highjacked over time, mainly in the postgraduate arena. Rakesh Khurana, an American educator at Harvard University and Harvard Business School, for example, notes that there is no longer a consensus on what constitutes a core curriculum in business. Skills of analysis (the model of logical positivism) have been prioritised. This has been at the expense of skills necessary for managerial judgement and the process of managing organisational environments of increasing challenge, complexity and ambiguity.

Indeed, there are a series of consistent weaknesses in the development of a range of managerial capabilities from creative, critical thinking to integrative problem framing and solving that would enhance both business and analytic skills.

So what is liberal management education?

What we call liberal management education in our new book (Stefano Harney and Howard Thomas, The Liberal Arts and Management Education: A Global Agenda for Change, Cambridge University Press, December 2019) would ground the study of the business world in an understanding of the wider world.

Rather than focusing solely on technical and business skills, management education would welcome the humanities and social sciences at the foundation of its curriculum and the two forms of education, professional and liberal, would be melded and integrated into a holistic curriculum.

Above all, this curriculum would not be characterised by a narrow, functional specialisation but would give management students access to the vast literature on enlightenment thinking in the humanities and to approaches about the role of history and society in the social sciences. Management is surrounded by paradox and ambiguity and hence requires broad-based holistic thinking and the development of important skills of synthesis, criticism, and intellectual curiosity as well as insights into analytic thinking.

Indeed, the lately canonised Cardinal Newman in his 19th-century book The Idea of a University and elsewhere proposed that professional education should not belong in any university. He believed in moral authority and freedom of thought, provided by a liberal education, and argued that simply acquiring knowledge without simultaneously cultivating liberal intellectual skills would result in poor, inadequate education.

In his view, the purpose of a liberal education is to develop those critically important skills of analysis, criticism and synthesis and to use them to leverage knowledge acquisition wisely and effectively.

Thus, the goal in management education should be to provoke the development in the student of what we would call “criticality”, creativity and analytical ability as well as an ethical, social and cultural ordering of the world. In this manner, management students would then be prepared as leaders of society committed to both an ethical world and an ethical business environment.

Stories matter, so I will give you an example of an evolving liberal management education model from Asia, which draws upon my experiences as a Dean at Singapore Management University (2009 – 2015). As background, I arrived in SMU when the global financial crisis was still a festering wound with economic austerity as its signature policy element.

The only consolation for deans of management at that time was that while the financial crisis could partially be attributed to a massive systemic failure (with a narrative very similar to that of the great crash of 1929 – 39), the current failure in “Euroland” is clearly a failure of political will and leadership.

Therefore, the challenge we faced in designing an Asian management education was to evolve new forms of management education which would teach students how to avoid some of the pitfalls associated with the collapse of Lehman Brothers in 2008-09 and the ongoing euro-crisis in order to help them navigate an ethical and cultural environment vastly different from that of even a decade ago.

As we attempted to rise to this challenge, a fundamental starting point was that management education cannot be divorced from the historical and cultural context within which it is taught. In Asia, therefore, it was important to discover, develop and then teach the unique historical, philosophical and cultural contexts within which Asian civilisations achieved their success as well as identifying what might lead to their decline and fall.

Thus, a management education student would be forced to go well beyond the study of business functions to also be a student of history, politics, cross-border communication and cultural exchange.

This also implied that as Asia emerged as an important economic region, mainly via the offices of the Association of South-East Asian Nations (ASEAN), the curriculum needed also to examine the reasons for the rise of the West, such as the role of science and the focus on the empirical method of proof. It is no accident that in contemporary Asia, every child is told to focus on science. 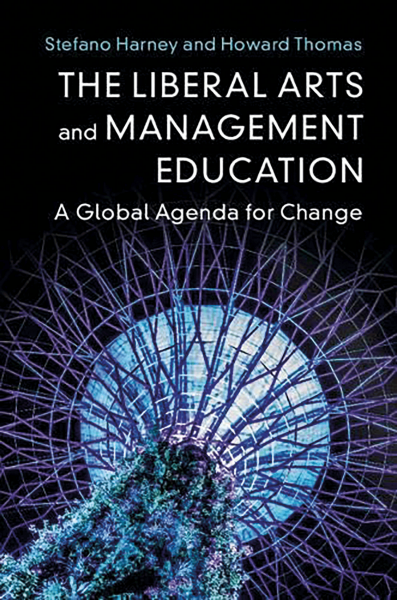 However, an Asian curriculum should not simply adopt US or European models of capitalism as its underlying rationale and identity. The recurring socio-ethical traditions of south-east Asia (rather like the ubuntu tradition and spirit in Africa) are of a communitarian, family-focused web of mutual obligations. This communitarian characteristic challenges both the rule of law and the highly individualistic, Darwinian ethos of US capitalism or the state-welfare tendencies of Euro-capitalism.

Communitarian capitalism can, therefore, be characterised as more stakeholder and less shareholder driven. Thus, the interests of the community of stakeholders in an enterprise – the owners, employees, larger communities – would be a higher consideration than simply return on capital in a western context. These ideas have until recently have been somewhat heretical in the design of business school curricula in the West.

Hence, to really understand this communitarian ethos, which has certainly underpinned the east Asian cultural heritage, required our Asian students in management education to undergo a foundational, general education curriculum in the fundamental philosophical, social, historical and literary traditions of Asian civilisations.

For example, in Asia, the role of government-controlled enterprises such as sovereign wealth funds and government itself as well as the strong influence of family-controlled companies are arguably greater than in the West. Therefore, in addressing the linguistic and cultural differences in Asia we designed our Asian curriculum to require a much deeper understanding of Asian traditions and social trends.

The challenge we found in curriculum design was that to achieve sustainable inclusive growth in emerging markets such as Asia, the focus must be based on the proposition that the mission of the business and the purpose of growth is to build a better society for everyone, and not just a simplistic objective of maximising shareholder wealth.

So, finally, let us explain how a liberal management education model has evolved in the context of SMU. SMU admitted its first set of students in 2000 and was set up as the third national university in Singapore but with a four-year undergraduate degree unlike the three-year model favoured by the National University of Singapore (NUS) and Nanyang Technological University (NTU).

The structure of this undergraduate programme has evolved and become much more Asian in orientation over the last two decades. From its inception, the undergraduate programme has been a path-breaker in undergraduate education in Singapore. Some of the highlights included small class size, interactive teaching involving project-based learning, a community service project, global exposure, study abroad and international components as well as the common curriculum, which comprises 40% of the programme.

The initial common core of the curriculum incorporated basic foundation courses such as maths and academic writing, a university core emphasising many of the skills advocated by Newman and others, a broad-based general education requirement, global and regional studies, and the importance of technology and global awareness.

In its more recent evolution, the curriculum has focused even more closely on learning outcomes and required graduate characteristics including the following: awareness of disciplinary and multidisciplinary knowledge; developing both intellectual and creative skills; addressing interpersonal skills; promoting global citizenship; and, finally, developing personal mastery in terms of trust, integrity and independence in decision making.

Finally, SMU’s core curriculum has continually evolved and now has a focus on Singapore and Asian studies embracing three pillars: Capabilities, Communities and Civilisation. This core now amounts to about a third of the programme, with further elective flexibility and the opportunity to graduate with single or double majors in the field of management. An internship, a community service project, as well as a study abroad experience, are also mandated in the programme.

Hence, the evolution of the core curriculum demonstrates SMU’s clear commitment to broad-based, multi-disciplinary learning, critical thinking and communication skills while training students about the profession of management.

Howard Thomas
Howard Thomas is the lmmediate Past Dean of Fellows at the British Academy of Management, Emeritus Professor at Singapore Management University and Senior Advisor at EFMD Global.