A study by economists Antonio Ciccone and Jan Nimczik examines the long-term economic consequences of the inflow of refugees in Germany after World War II.

War, civil conflicts, economic collapse, natural disasters and climate change cause massive refugee movements. Hosting and integrating refugees are big social challenges. While humanitarian aid should be the primary factor for acting, economic costs and benefits have always played roles as well, especially in receiving refugees. The public debate usually focuses on the short- and medium-term perspective. But what are the long-term economic impacts of immigration?

Answering this question is a scientific challenge; every refugee movement is different. Potentially, however, the analysis of past movements offers insights into the long-term effects of accepting refugees and the economic channels that explain them. In a new study, we – Antonio Ciccone (University of Mannheim) and Jan Nimczik (ESMT Berlin) – look at a particular episode in German history: the massive inflow of millions of refugees and expellees who were displaced from Czechoslovakia, Hungary, Poland, Romania and eastern parts of pre-war Germany after the end of World War II. These population transfers were mandated by Allied forces in the Potsdam Conference in the summer of 1945 in connection with a shift of the German eastern border towards the west. The arrival of the refugees and expellees caused an increase of the population within the new German borders by about 20%. 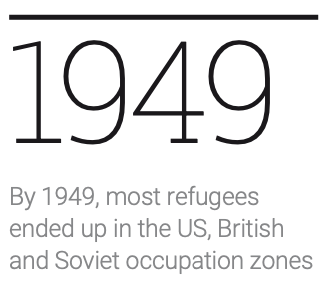 The consequences of the difference in policies toward refugees can be most clearly seen within the present-day state of Baden-Württemberg. Until 1949, this state was divided into a French and a US occupation zone. The border between the occupation zones ran across Baden-Württemberg, from Karlsruhe in the West to Ulm in the East. We collected and digitised historical census data, modern productivity data, geographic data, income tax statistics, data on the value-added and wages in manufacturing firms, individual survey data, education data, and millions of housing adverts to comprehensively document the economic development in the region around this border. The census in 1950 shows that there were many more refugees in the municipalities on the former US side of the border than in municipalities on the opposite, former French side, of the border. Due to their arrival, the population density on the former US side of the border had risen sharply and, in 1950, was 20% higher than on the former French side. In contrast, prior to the arrival of the refugees, there had never been any difference in population density at the (future) border.

There are good reasons why people often live in dense areas where housing is more expensive. In cities, higher population density is usually accompanied by higher productivity and higher wages. The reasons have been thoroughly researched in recent years and are summarised under the term agglomeration effects. Agglomeration effects arise when economic activity clusters spatially – when firms locate near to each other and near consumers, workers and physical capital. The most important drivers of agglomeration effects are a broader supply of specialised goods and services and the faster exchange of ideas between local firms, partly due to the higher mobility of employees. Firms can draw on a broader pool of workers; workers can benefit from more diverse employment opportunities.

Importantly, municipalities benefitted not only from the settlement of refugees directly in their own territory, but also from refugees who settled in municipalities close by. These spillover effects indicate that per-capita income, productivity, wages, education and rents are higher the more exposed a municipality was to the arrival of refugees in the US occupation zone.

‘History doesn’t repeat itself but it often rhymes’

To trace the economic effects we find today back to refugee arrival, we exclude a range of alternative mechanisms. First, today’s differences in income, productivity and wages cannot be attributed to historical differences rooted before the war. Prior to refugee arrival, economic development was very similar on both sides of the (future) border. Second, we find no evidence that other policy differences between the US and French zones during the occupation period – such as differences in industrial policy or in food supply – led to long-term differences in income, productivity and wages. Finally, we document that there is no difference in the cultural legacy of the two occupation zones, such as in language preferences, political attitudes or trade patterns. Taken together, our research suggests that the post-war inflow of refugees was an important factor for economic development and contributed to the sharp rise in German per-capita income, productivity and wages over the past 75 years. 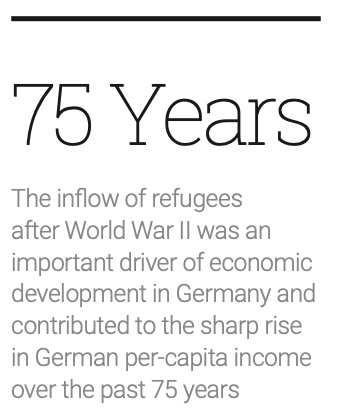 While many refugees had lost all their property, they resembled the local population in many aspects, such as their occupations before the war. They also spoke the same language as the local population. Nevertheless, they were not welcomed everywhere or treated as equals. Quite the contrast – there was strong opposition to refugees, partly due to the very constrained housing conditions in bombed-out post-war Germany. Some historical accounts are painfully reminiscent of today’s anti-migration movements. It took decades before the refugees were accepted and integrated. Likewise, the economic benefits that municipalities enjoy today as a result of accepting refugees after the war materialised only gradually. They were not apparent when the refugees were admitted, nor in the first decades after their arrival. Instead, they emerged gradually over the course of several decades. Ultimately, the economic impact of the refugees was significant.

Whether these findings generalise to other refugee movements is an intriguing yet complex question without a clean scientific answer. ‘History doesn’t repeat itself but it often rhymes’ – a quote sometimes attributed to Austrian psychoanalyst Theodor Reik and sometimes to American humorist Mark Twain – expresses the general difficulty in applying findings based on historical data to present-day challenges. Nevertheless, history might provide some useful lessons. The historical episode in post-WWII Germany demonstrates that the long-term economic benefits of immigration can be sizeable and can differ substantially from the short-term effects. This result joins a growing number of studies documenting positive long-term effects of migration in different historical settings. For example, immigration in the US and in Argentina during the 1850-1920 period or in Brazil at the start of the 20th century. 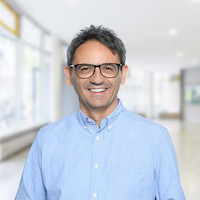 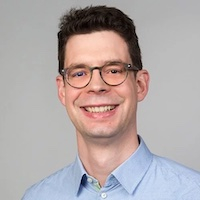 Jan Nimczik
Jan Nimczik is an assistant professor of economics at ESMT Berlin. Previously he worked as a postdoc at the Humboldt University, Berlin. He obtained his PhD in Economics at the University of Mannheim. In his research, Jan investigates the structure and functioning of labour markets.

Latest posts by Jan Nimczik (see all)
Published on May 25, 2022|economics, research

🌏 How can we actively shape the future we want to live in? We invite you to join us for the 2023 #EFMDannual in Lyon on 11-13 June, where we will discuss the role of #businesseducation in today's world. Take advantage of early registration! 🔗 https://bit.ly/3WXlDCp