A responsible leadership blind spot – where are the emerging economies? 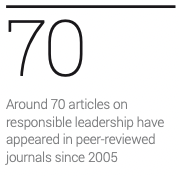 There is a clear shortage of voices from emerging economies and research to examine and understand the application and challenges of responsible leadership in emerging economies. Indeed it is apt that pioneers in the the field, Pless, Sengupta, and & Maak, state that although ‘significant advances have been made in recent years towards a better understanding of the concept, a gap exists in the understanding of responsible leadership in emerging countries, specifically how leaders resolve prevalent moral dilemmas’.

Perhaps the biggest challenge facing emerging economics is that of poverty. We cannot anticipate a future any different from what we are experiencing today if we fail to see the role of responsible leadership in rebalancing for the poorest in our societies. While there are shared global concerns related to poverty eradication, access to health care, education and economic participation, emerging economies sit with specific realities that might fall outside more idealistic approaches and conceptualisations that might apply to developed economies. Over 75% of the world’s poorest countries are in Africa and with the rising number of poor people, global poverty is increasingly becoming an African problem. Furthermore, rising wealth inequality and growing income inequality serve to entrench this experience for many in Africa. The imagery of a just society identified by John Rawls requires everyone to work purposefully towards rendering the most vulnerable less vulnerable. Management education and business schools play a significant role in cultivating leaders that can exercise sound judgment and grapple with these real and complex issues.

Emerging economies also tend to have a greater relative economic dependence on mining and extractive industries. Mining in these countries is often associated with a larger imbalanced wealth distribution toward those in power, at the expense of the environment, communities, and employees. The mining industry presents a particularly complex and precarious stakeholder landscape for responsible leadership. The destructive impact of the industry on the natural environment as a silent stakeholder is well documented. Furthermore, over the past decade, the mining industry in emerging economies has been tainted with responsibility failures such as environmental disasters, worker-safety-related tragedies and an instance where failed wage negotiations led to the massacre of employees.

Emerging economies often face the extremes of challenges present elsewhere in the world such as climate change, inequality, diversity, and the protection of the natural environment.

Indeed, South African research on responsible leadership in the mining sector has found a complex mixture of paradoxes and dilemmas. Responsible leadership requires continuous trade-offs between short-term profit maximisation and long-term sustainable business practices to remain competitive and create sustainable stakeholder value, augmented by an array of social responsibilities. However, senior mining leaders are currently not purposefully developed or equipped for the level of relational complexity encountered in engaging with various external stakeholders.

Similar to mining, emerging economies tend to be dependent on the agricultural industry. Again, emerging economies deal with several dilemmas and paradoxes on a different level than in developed economies. Some of these challenges are compounded by climate change. However, problems also include strict labour practices that often favour the continual employment of workers due to historical disadvantages and low employment rates. These workers may come at a high cost, yet there is a social responsibility for job creation and employment that inhibits mechanisation, but which impedes competitiveness. Emerging economies also have to deal with unique situations that are often related to their tumultuous and colonial pasts. For instance, in Southern Africa, the redistribution of farming land and commercial farms to previously disadvantaged persons is one of the most complex and contentious problems and has been a point of tension since the transition to democracy.

Further, while gender and race cut across these inequalities in all countries, these intersectionalities can be particularly stark in emerging economies. Norms around gender equality can differ strongly between emerging and developed economies even though high-profile women leaders courageously give voice to gender inequalities. The inequalities are challenging along racial lines and nowhere more so than in South Africa. While race and gender are prioritised we also see very little attention paid to disability and the experience of inequality. Managers and leaders face daily decisions around their responsibility for their organisations and stakeholders as well as a responsibility to a country in need of change. While these are particularly challenging for emerging economies, they also demonstrate that an understanding of responsible leadership in these contexts can and should be a source of knowledge for leaders around the world.

A future of responsible leadership in emerging economies

Leading responsibly is about continuously making difficult trade-off decisions between internal and external stakeholder needs to stay in business, both short and long-term. This array of paradoxes and dilemmas represents unique and complex challenges and requirements for leaders, especially in emerging economies. Emerging economies often face the extremes of challenges present elsewhere in the world such as climate change, inequality, diversity, and the protection of the natural environment. 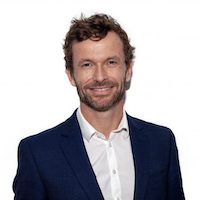 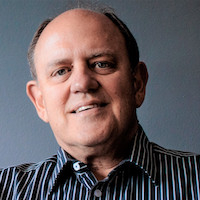 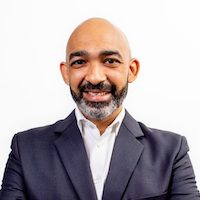